Once again, CryptoPunk NFT came into focus as Punk 9998 seems to have been sold for a whopping $534 million. In reality this was just a delusion created by the Punk owner. The owner tried to make his NFT world’s most expensive NFT as well as the most expensive art in human history.

However, this sale was just a publicity stunt as transaction history shows that after the sale execution, the seller had immediately transferred the amount back to the buyer’s address.

Punk owner deployed a smart contract to achieve their goal. The contract shows that first the owner supplied Dai using one of his accounts to the compound protocol and borrowed  87,639.51 ETH, then transferred 16,401.08 ETH from his second address, also borrowed 20,416.47 ETH from dYdX.

Now they bought the CryptoPunk using 124,457.06 ETH and then transferred the amount back to the account which was in Debt. Next they repays the Debt and withdraw the collateral.

CryptoPunk #9998 contains the pixelated image of a mid-age female with wild white hair, Clown Green Eyes, and a mouth with black lipstick. The rarity score of the NFT is 136.49.

At present, the NFT market is in the hype and crypto lovers are collecting NFTs from the popular NFT collection such as Bored Ape Yacht Club, CryptoPunk, and many others. Moreover, famous rapper Snoop Dogg is also holding a CryptoPunk NFT #3831, which is now on sale for indeed 7000 ETH, which is equivalent to $29 million.

Recently, Many Bored Ape Yacht Club NFTs sold in the number of millions, which shows the NFT demand in the market.

Currently, in the blur vision of authenticity, The NFT is only expensive based on technical transactions. 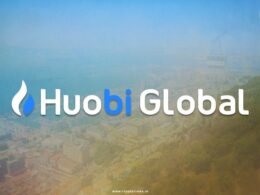 After China’s ban on crypto, Huobi ended its trading business in China and was finding a new place to continue.

The collection will include more than 10,000 NFTs with prices starting at $12. 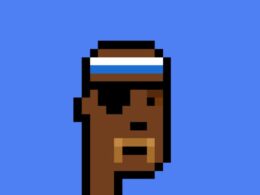 Galaxy Digital Enter in The NFT Space with CryptoPunk

Before revealing his first public purchase, Mike Novogratz claimed in a recent interview at NFT NYC that he had been "talking about NFTs since 2014."
Total
6
Share