The Federal Reserve To Release Research Paper On U.S CBDC

Thursday, Federal Reserve Chairmen Jerome Powell announced that the US central bank will release a research paper in the summer on the potential benefits and risks of issuing US CBDC.

Powell highlighted the agency’s goal of promoting financial stability ensuring the payments system is efficient. “In pursuit of these core functions, we have been carefully monitoring and adapting to the technological innovations now transforming the world payments, finance, and banking,” he said.

He also said, “Our focus is on ensuring a safe and efficient payment system that provides broad benefits to American households and businesses while also embracing innovation.”

“Technological advances also offer new possibilities to the central bank – including the Fed,” Powell said. “While various structures and technologies might be used, a CBDC could be designed for the general public”.

Powell also said that the CBDC will work alongside the current system, including cash, rather than replacing them.

He said, “The design of a CBDC would raise important monetary policy, financial stability, consumer protection, legal and privacy will require careful thought and analysis- including input from the public and elected officials.”

Fed officials explore the importance of getting and issuing US central bank digital currency, and the paper is already underway. The Fed is also collaborating internationally in groups such as the Bank for international settlement CBDC coalition. The Boston Fed is leading the project.

As part of this process, they will ask for public comment on issues related to payments.

The cost for NFT minting on Loopring L2 will be under $1 compared to minting directly on Ethereum L1.

ORIGYN Foundation Valued at $300M after a $20M Raise

ORIGYN intends to utilize the raised funds to invest in research & development activities, expand and improve its services and gain new collaborators.

The news laying a foundation for the carrier to build a digital RMB application ecosystem. 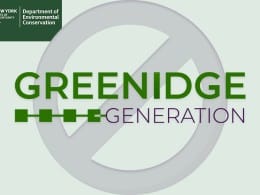 DEC said that the renewal of the Title V permit would not be aligning with (or would interfere) with the achievement of the Statewide greenhouse gas emission limits.
Total
0
Share