Amid the ongoing disruption in Terra and UST, Terraform Labs’s legal body abandoned the firm after envisaging the end of the crypto project. As per the inside source, future legal operations will henceforth be handled by outside institutions.

“The past week has been challenging for Terraform Labs, and a small number of team members resigned in recent days,” said a spokesperson for the company.

“The vast majority of team members remain steadfastly committed to carrying out the project’s mission. Terra is more than UST, with an incredibly passionate community and a clear vision on how to rebuild. Our focus is now on executing our plan to revive the Terra ecosystem.”

After the de-pegging issue arrived on the UST, its market cap plunged to nearly $1.45 billion. On the other hand, Terra’s price also slipped to the death and almost became zero ($0.00018).

However, the co-founder of Terraform Labs, Do Kwon is striving to get the blockchain ecosystem on track. He raised a proposal to implement a hard fork that can split its mainchain into two different chains.

SEC filed a civil complaint against Ivars Auzins claiming he was behind an unlicensed initial coin offering and a supposed digital asset cloud mining scheme.

Smartphone manufacturer HTC launched a new smartphone with crypto and NFT functionalities. The phone is also designed to… 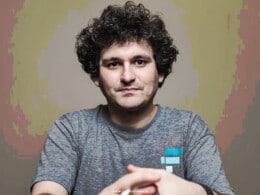 Sam Bankman-Fried breaks his silence on crypto industry’s response to sanctions imposed on Russia and who’s responsible for its misrepresentation.

The 100 Thieves NFTs dubbed as "digital collectables" are released to celebrate the LCS championship.
Total
0
Share