SupreRare’s mission has always been to empower the next generation of artists through technology and inspiration for the world to enjoy.
byAnna Nirmal
Published on - August 18, 2021  11:50
Updated on - December 20, 2021 16:54
2 minute read

According to the announcement, the $RARE token marks “the first step in our ongoing commitment to progressive decentralization and continued disruption of the art market.”

SuperRare was introduced in April 2018, with over $90M in NFT art sales to over 1400 artists on their platform. SuperRare 2.0 will introduce spaces, independently curated storefronts supervised and chosen by the SuperRare DAO. The curation Token, $RARE will be utilized as primary instrument to add more curators, galleries, and collectives to SuperRare Spaces.

SuperRare grants its curation decision to token-based voting and the governing council. SuperRare Governance Council is a group of nominated community members that implement decisions based on votes of $RARE token holders.

“In near futures we expect that the next great artistic talent will not be discovered by a gallerist or gatekeeper but by the community of $RARE curators,” according to the blog.

RARE holders will have the power to vote on which spaces should go live next in a recurring vote  known as the Space Race.

SupreRare’s mission has always been to empower the next generation of artists through technology and inspiration for the world to enjoy. SuperRare artists have risen to become familiar names in the world’s most prestigious galleries and collections.

The marketplace distributes “15% of total supply of 1 billion $RARE,” to artists and collectors who’ve participated in its community. Unclaimed tokens will be reverted after 90 days to the community treasury. The amount awarded is based on user participants on the platform, with biggest sellers and collectors set for the largest amounts of tokens.

Subscribe The Crypto Times for daily NFT News and Updates.

Gaming applications and social media platforms developed on Polygon's infrastructure will be the focus of the $200M Web3 Social Media Initiative. 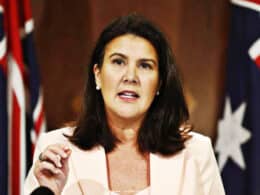 The charges are linked with invoices filed over 10 years ago when Spagni was working as an employee of a South African company called Cape Cookies. 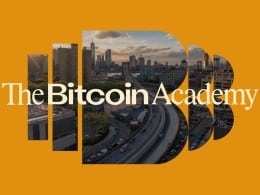 There will be a weekend program “Crypto Kids Camp” on two Saturdays for Marcy kids and teens aged 5-17.
Total
0
Share