The popular crypto entrepreneur Jack Mallers’ digital payment provider Strike raises $80 million in a funding round led by Ten31 with participation from Washington University in St. Louis, and the University of Wyoming, among other investors.

The press release states, “Strike will use the capital to further enhance its growth, continue expanding existing partnerships, and launch new partnerships.”

The newly raised funds will also be utilized to further Strike’s initiative to revolutionize payments for merchants, marketplaces, and financial institutions.

Strike also intends to roll out additional product lines that will allow completely new categories of users, such as major financial institutions and companies, to send and receive payments.

Jack noted “Every company that’s in the business of moving money is interested in superior payments, and we’re in talks with many of them. It doesn’t get any bigger and more exciting than innovating in payments for the betterment of the world.”

Grant Gilliam, Co-founder and Managing Partner of Ten31, “We believe Strike is poised to disrupt the financial services and payments landscape, enabling a more efficient, innovative, and inclusive financial experience for everyone. We are excited about supporting Strike’s next phase and strengthening our partnership together.”

Binance launched a Ukraine Emergency Relief Fund in the form of a crypto-first crowdfunding site where you can donate your crypto for the welfare of refugees. 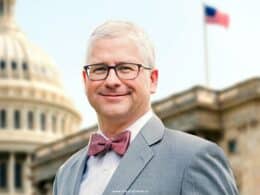 The bill aims to establish "rules of the road" for financial institutions attacked by ransomware attacks.

The “A3” NFT will be available to mint on September 12.