A payment application, Strike introduced its new ‘Strike Card’, allowing users to transact Bitcoin anywhere in the world through Apple Pay and Google Pay. Strike leverages the Bitcoin Lightning Network for transactions and to build a more connected financial world.

The Strike card is powered by one of the largest payment networks, Visa. Additionally, users of Strike’s Card will pay no fees and receive incentives on all purchases.

On the Twitter thread, Strike stated that it will spend 1% of the profit from Strike Card to donate to open-source blockchain development.

Furthermore, Strike also promised a ‘little gift’ to those users who will refer the service and waitlist on the Strike app to others. 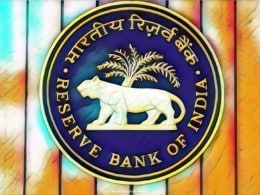 RBI in Conversation with 4 Public Banks to Launch CBDC Pilot

CFTC charged Tether and Bitfinex with $41 million and $1.5 million respectively for misleading statements and illegal transactions

CEO Armstrong disclosed that U.S SEC had threatened to sue the exchange over its lending feature.