Star Trek Is The First NFT Collection By Paramount & RECUR

The partnership’s goal is to create tokens and distribute famous content on the internet for all of its fans, as well as to bring Paramount’s beloved entertainment brands and characters to the metaverse.

RECUR and Paramount will drop 20,000 Star Trek digital collectibles available on the online platform Paramount.xyz on April 9th, with an additional 2,000 held in reserve.

The Star Trek NFTs will be housed in “Star Trek Continuum,” named after its 1995 release, which is described as “an experiential hub” that will be the space for continued Star Trek NFT drops.

Both are for $250, and the Season 0 drop of each pack contains an algorithmically generative 1:1 starship NFT that allows owners to embark on voyages in Star Trek Continuum.

While the sale will begin on April 9th, the starships will be unveiled on April 8th at 1:45 pm CT during Star Trek: Mission Chicago, and will be live-streamed on RECUR’s YouTube channel. Also, pre-registration for “Star Trek Continuum ” is open at StarTrek.xyz at the time of writing.

What does the future hold for Paramount and Star Trek? Well, fans can collect crew in Season 1 and go on voyages around the galaxy to get digital collectible rewards.

Season 0 starship owners will be rewarded with a crew member NFT leading into Season 1, and in Season 2 fans can use their crew to go on missions in a play-to-earn game.

And, the current launch will be followed by collectibles from Nickelodeon and Paramount Pictures.

Pam Kaufman, President, Consumer Products and Experiences, Paramount, said, “Paramount.xyz will offer one seamless digital collectible experience for fans across our key franchises, starting with Star Trek, an iconic franchise that is forward-thinking, innovative, and multi-generational. We are thrilled to have a space that is accessible to everyone and allows another expression of fandom.”

Zach Bruch, CEO of RECUR said, “Fans are looking for new ways to engage with their favorite shows and franchises, and our innovative ecosystem gives them a community to be a part of for years to come.”

The excitement about creating NFTs and jumping on the bandwagon is palpable, and media companies are feeling the pressure. In a similar fashion, Marvel’s Werewolf by Night #32 Comic NFT was also slated to be released on the VeVe platform earlier this week. 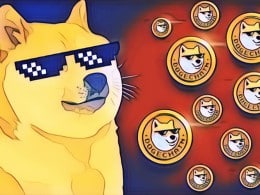 The wallet is dumping at the pace of 1 million $DC tokens per minute.

FSB to Propose “Robust” Crypto Regulations to the G-20

Taming the Cryptoverse’s “speculative” behaviour is on the FSB’s agenda when the global regulations’ proposal comes in October. 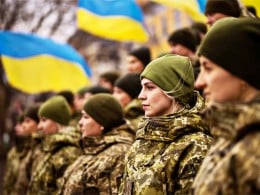 Chainalysis: The 54 pro-Russian military groups only raised 4% or $2.2 million since Feb 24, compared to massive crypto donations sent to Ukraine. 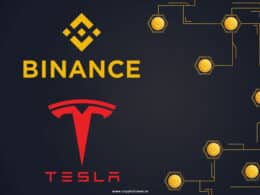