According to a SBS report, South Korea’s Minister of Justice Han Dong-Hoon is also in talks to investigate Terra’s fall.

The financial and securities criminal investigation known as Yeouido Grim Reaper was revived after a 2.5-year hiatus.

The team was given the nickname ‘Yeouido Grim Reaper’ after Seoul’s Yeouido business sector because of its precision and clinical approach. The crime squad was really disbanded as part of a prosecution reform.

The Grim Reaper team has started its deep investigation looking into the Terra case. The special team consists of 48 individuals, including seven lawyers and financial services experts.

Last week, the Terra ecosystem was thrown into disarray when its stablecoin, TerraUSD (UST), was de-pegged, forcing the price of Terra’s native token Luna to drop as supply rose to defend the peg.

The authorities are investigating the incident since over 2 lakh South Koreans lost their life savings in the crash, and at least eight people committed suicide as a result. South Korea’s Lawmaker demanded a parliament hearing on the Terra crisis in the presence of its officials including the CEO of Terra, Do Kwon.

According to a Naver report, Do Kwon has also been charged with tax evasion and faces a penalty of 100 billion won ($78 million) for failing to pay corporate tax.

Kwon was said to be planning to liquidate the company and relocate to Singapore because he was unhappy with the country’s tax policies. The notion arose that Kwon was relocating in order to avoid paying fees.

It’s unclear whether Luna will be resurrected at this time, and many believe that with the correct strategy, it can make a comeback. Currently the Korean tax officials are planning a separate penalty of 100 billion won for Luna Foundation Guard.

Subscribe to The Crypto Times for more Crypto Market Insights!!

The private key controlling the protocol’s deployment on Polygon and Binance smart chain was compromised.

The Dogecoin Foundation Restructures After 6 Years

The Dogecoin Foundation said it would be reestablishing itself in an effort to support the Dogecoin (DOGE) community. 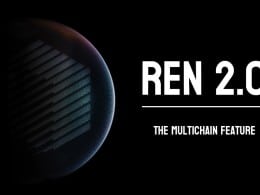 The new iteration will provide greater scalability and security to the protocol.

FanCraze is also a partner of the ICC and is preparing right now for West Indies cricket.
Total
0
Share