South African cops are looking into a number of criminal cases brought by out-of-pocket investors demanding two brothers to be arrested. The case has been reopened since two brothers, namely Ameer and Raees Cajeem, disappeared earlier this year after telling investors they had been hacked in April.

Victim investors are now seeking the arrest of brothers who were founders of the infamous Africrypt platform. Investors reported the matter after a number of them were offered some of the lost investment by a Dubai-based mystery investor known as Pennython Project Management LLC.

Till now, they have not been proven guilty of any wrongdoing and the investigation may come to nothing. Investigations are ongoing in four South African provinces and cities including Johannesburg and Durban, According to Lieutenant Colonel Philani Nkwalase. He also stated that there are several victims in these cases.

Nkwalase further informed that financial statements of the victims relating to the different cases are being investigated. Moreover, the alleged fraud doesn’t yet have an official value.

The brothers vanished In April last year after $3.6 billion of Bitcoin disappeared from the Africrypt platform. Though, the lawyer who represented them at the time later disputed the amount.

Many times, incidents like that occur due to a lack of speculation in the growing crypto industry. Recently, CoinSpot, a major sponsor of the AFL team, was in news for its involvement in fraud of Bitcoin worth up to $21 million.

A Book talks about his fight for the future of cryptocurrency, Money, and its role in Washington DC.

The Prime Minister's office confirmed in a tweet that the account with the handle Narendra Modi had been restored with the tweets related to bitcoin now deleted. 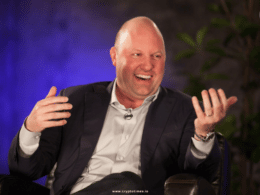 The firm will lay out its vision for how the U.S. should approach regulation of the next generation of the internet, web3.
Total
0
Share