The users of Solend, a decentralized protocol for lending and borrowing on Solana, votes in approval of taking over a “whale account” whose extremely large margin position was way too close to a fatal on-chain liquidation crisis.

According to the proposal, the whale account has 5.7M SOL deposited ($170M) accounting for 95% of the main pool deposits, and 108M USDC and USDT borrowed against it.

The whale account would become liquidatable for as much as 20% of borrowings if SOL dropped to $22.30, which would be difficult for the market to absorb and, in the worst case, Solend could end up with bad debt.

“This could cause chaos, putting a strain on the Solana network,” the proposal noted.

The Solend Team proposal makes clear that they have been attempting to contact the concerned Solana whale through their networks and publicly through Twitter since June 13th.

The Solend team has also sent an on-chain message to the SOL whale and also posted a message on Twitter.

According to the dynamic interest rate model, the situation is becoming critical because “USDC and USDT borrow rates have automatically adjusted to their max APY of >60% and >600% for hours.”

They’ve also been in touch with market makers to see what options they have for ensuring a smooth liquidation by using OTC (over the counter) trades, placing bids on other DEXs, and hedging somewhere else.

However, given that it’s a “decentralized” protocol, this sparked outrage in the crypto community for its ability to control a whale account.

Token holders were asked to vote yes or no on the following:

With 97.5% of the vote, holders of Solend governance tokens voted yes. With 1.13% of the vote in favor, the proposal barely cleared a 1% quorum.

A single yes vote made all the difference, it was only because of them that the proposal passed the 1% threshold.

The proposal further added “Emergency powers will be revoked once the whale’s account reaches a safe level.”

The crypto market is showing signs of recovery following the weekend crash. At the time of writing Solana (SOL) has recovered 7% and is trading above $32.25. This temporarily mitigates the risk of the whale account at Solend being liquidated. 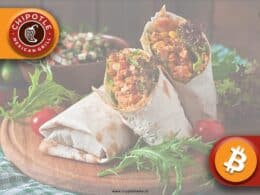 Chiptole is running a promotion that will give away $100,000 worth of Bitcoin and free burritos.

According to the latest announcement, TRON DAO Reserve will also transfer another 100 million USDC on TRON to CeFi exchange to purchase TRX tokens. 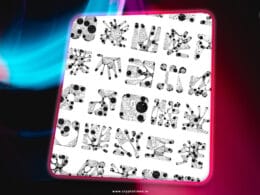