Leading Web3 solution provider, Civic and Snowcrash, a NFT Marketplace, announced a ‘strategic partnership’ to create authorized access to the Snowcrash platform and prevent bots from participating in the NFT auctions.

As per the announcement, Snowcrash users will be checked for real person liveness and bots will be detected and barred from participating in the NFT drops of famous musicians, artists, and other creators. Users’ privacy will also be taken care of with the tools provided by Civic.

The Co-founder of Civic, Vinny Lingham also tweeted a congratulatory message on this partnership.

Earlier this month, Snowcrash had launched its Premier NFT trading platform by partnering with Sony Music Entertainment and Universal Music Group with the plan of offering top-notch NFT content for cultural legends, including Bob Dylan and Miles Davis. The project is scheduled for this year

Bots have flooded NFT mints on the Solana blockchain since the summer of 2021 when the NFT ecosystem grew rapidly on the chain. The bots sweep up and flip the NFTs on secondary markets. The flip and scooping up perfectly benefits fraudsters and causes great loss to NFT artists and communities.

The company’s Civic Pass Product has protected more than 200 mints, helped as many as 100,000 buyers for successfully minting NFTs, and has blocked 900,000+ bots from attempting trades. Infact, Civic had recently introduced an Ignite Pass which was a free version tool of the company’s innovative Civic Pass product.

Jesse Dylan, Founder of Snowcrash, shared, “We are incredibly pleased to partner with Civic to protect our fans, artists, and communities. Through a practice similar to ticket scalping, botting has plagued NFT mints. Civic elegantly resolves this issue for us by identifying human participants and prohibiting bot participation, giving our NFT partners and IP holders like Sony Music Entertainment and Universal Music Group peace of mind.”

Chris Hart, CEO of Civic, said, “We’re delighted to partner with Snowcrash, a company that shares our core belief that opportunities to participate in Web3 should be accessible to everyone. We’re so excited for high-caliber companies like Snowcrash to up-level the NFT ecosystem and help more people gain access to this cultural moment in time.” 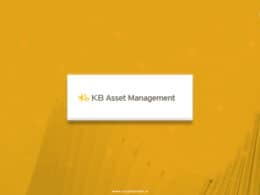 The funds mainly invest in U.S companies, with lesser in Japanese, European and Chinese firms.

As per Pavel Durov, the Telegram team is interested in using TON as the underlying blockchain for Telegram’s future marketplace. 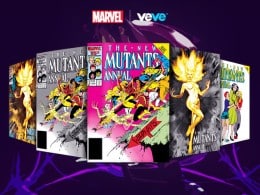 The 30,000 NFT collectibles featuring Betsy as Psylocke, will be dropped in five cover rarities on VeVe’s app.
Total
0
Share