Cozomo de Medici AKA Snoop Dogg has purchased the animated Ethereum NFT “Some Asshole ” by XCOPY for 1,300 ETH on the SuperRare marketplace. As per the current market price the worth of 1,300 ETH is around $3.9 million.

Last week, Snoop Dogg revealed himself as a pseudonymous NFT collector named ‘Cozomo de Medici’, who was holding some valuable NFTs including Cryptopunk. Now, once again he purchased a high-value NFTs. Today, he purchased a single piece from the artist Xcopy which is worth nearly $4 million.

XCOPY’s artwork is sharply becoming a Blue Chip in the NFT artwork world. Recently, another XCOPY piece “All-Time High in the City” was sold. The buyer had spent 1,000 ETH ($2.92) million.

NFTs are the rare digital item that is generated by the computer and verified by a blockchain. Generally, XCOPY mainly emphasizes animated images. But developers can also represent artwork, video files, video games, and anything related to digital form.

Cozomo is holding up NFTs worth $17 million in his crypto wallet on Ethereum. In this Collection, CryptoPunks, many Art Blocks NFTs, and other valuable art are the prominent NFTs.

Recently, Snoop Dogg has also announced his partnership with the Etherum-based metaverse game “SandBox”. In this game, Snoop Dogg will have a customized area in-game and he organizes a private party and Concert for the NFT pass-holder.

Moreover, The SandBox will also sell other Snoop-themed NFTs, which include his customized playable avatars and Customizable LAND plots.

Forbes and Magnum Opus had until the end of May 31st to file papers with the SEC to conclude its merger but there was no extension filed yesterday.

Portal Raises $8.5M to Bring DeFi on Bitcoin for Users 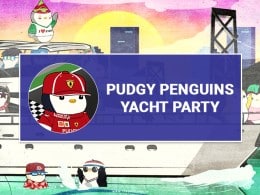 The attendees for the party will be chosen through a raffle system as there are limited venue spots.
Total
14
Share