Citadel Securities LLC, the trading behemoth founded by Ken Griffin, has partnered with two Silicon Valley investors in a $22 billion deal that highlights the firm’s rising strength in global markets.

According to sources familiar with the plans, the $1.15 billion cash injection could pave the way for an initial public offering. Citadel Securities will be able to expand globally and across new asset classes with the extra capital.

More than 1,600 clients use the firm’s institutional services, including sovereign wealth funds and central banks. It operates in over 50 countries and is one of the most active designated market makers on the New York Stock Exchange, with over 2,000 securities listed.

“We have partners in Sequoia and Paradigm that understand how our market insight, advanced predictive analytics, and superior software engineering can redefine an industry.” Citadel Securities Chairman Ken Griffin remarked, “We look forward to their relationship and to welcoming Alfred to our Board as Citadel Securities accelerates its growth.”

Sequoia Capital, which spearheaded the investment, is a leading venture capital firm in Silicon Valley, having supported companies including Apple, DoorDash, and WhatsApp. The business, which previously invested in Robinhood, has a track record of bringing companies public through initial public offerings (IPOs). Sequoia-backed companies account for more than a quarter of the total value of the NASDAQ.

“Citadel Securities has built out a unique position in the financial markets by absorbing and pricing risk utilizing approaches and skills that are far outside the typical world of Wall Street,” stated Sequoia Partner Alfred Lin.

San Francisco based Paradigm, an investment firm focused on supporting the great crypto/Web3 companies and protocols of tomorrow made a whopping $2.5 billion funds investment that is deemed to be the largest fund allocation by any venture capital firm into crypto and blockchain projects.

Author
Richa Bhagat
Content Editor at The Crypto Times and a full-time Journalist. I've only recently begun to expand my wings in the Crypto World. You can find me smashing a DUNK or Frolicking in the waters to feed my soul. Herpetophobia on a whole another level.

RBI is Making Strong Efforts to Make CBDC a Reality 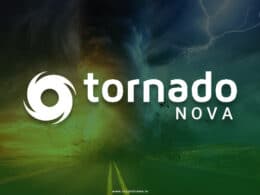 The upgrade will help improve ‘user experience’ and also for expanding the ‘protocol functionalities’. 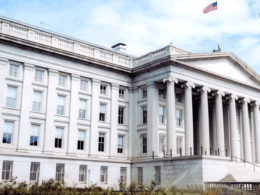 OkCoin Gets Crypto Trading Approval in the Netherlands and Malta

The exchange has obtained a money transmitter license for the U.S. territory of Puerto Rico.
Total
0
Share