The e-commerce platform, Shopify has pioneered tokengating use cases for retailers for exclusive items only available to NFT holders. The Doodles NFT project is one of the brand partners in what is going to be known as Tokengated Commerce.

Shopify announced the release of over 100 new features as part of Editions, its new semi-annual product showcase.

Along the way, it revealed the NFT-powered opportunity for brands to reward loyalty with tokengated commerce, which will allow consumers and merchants to connect through their crypto wallets.

Shopify’s “gm” shop (gated merch) is currently in beta, and only those with existing NFT collections can apply for early access.

Shopify’s tokengating app partners can grant NFT holders access to restricted content, such as exclusive access to collections, products, and discounts on the Shopify storefront. This will also include access to future NFT releases (via the Shopify NFT Beta Program), airdrops, and in-person events and retail stores.

The idea is that NFTs are a type of loyalty card that top fans of a brand (NFT holders) can use to gain access to exclusive items.

Shopify also provides the option of minting and selling NFTs directly from the blockchain to the online store.

At South by Southwest (SXSW) 2022, Doodles teamed up with Shopify to create an immersive experience for festival attendees and Doodle NFT holders. They had exclusive access to apparel and limited-edition merchandise and could transact easily with Shopify POS. 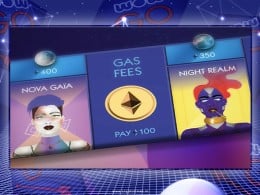 The NFT collective World of Women (WoW), announced a partnership with Hasbro and WS Game Company to create…

On this, Senators Ron Wyden and Cynthia Lummis submitted additional legislation to clarify the definition of digital asset “broker”. 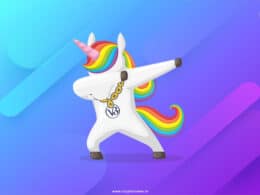 Uniswap V3 Scheduled To Be Launched In May