The Brazilian soccer team, São Paulo Futebol Clube (SPFC), has announced that it will accept payments in crypto for its ticket sales. With the help of its sponsor, Bitso, São Paulo, became the first Brazil Football Club to do so.

Fans of the Brazilian league’s top football team can now apparently purchase tickets to all of their team’s games using bitcoin (BTC) and altcoins such as Shiba Inu.

For the time being, the promotion will be limited to registered fans with membership cards. It could be introduced to the remaining supporters soon. The new payment method is available for all Sao Paulo home matches–whether played at Estadio do Morumbi stadium or elsewhere. 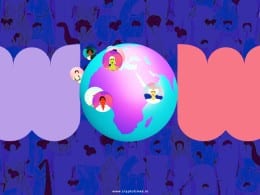 NFTs will be on the Ethereum blockchain starting with the upcoming World of Women ArtDrop, and token supply will be capped to boost value.

The siblings are charged with rigging the price of “Ormeus Coin”, and misappropriating millions of dollars in investor funds for personal gain.

The mining subsidiary of crypto lending platform Celsius Network, Celsius Mining, announced it has filed paperwork with the…
Total
1
Share