The Russian leader also flagged the huge amount of energy consumed by cryptocurrencies as a potential barrier for its use.
byAnna Nirmal
Published on - October 15, 2021  11:53
Updated on - October 16, 2021 13:35
2 minute read

Russian President Vladimir Putin thinks crypto holds value, but he’s not convinced that they can replace the US dollar in the settlement of oil transactions.

“I believe that it has value,” President Putin told CNBC at the Russian Energy week event in Moscow on Wednesday. “But I don’t think it can be used in the oil trade.”

When asked if bitcoin or other cryptocurrencies could be used in place of the US dollar in trading oil, Putin said that it is “too early to talk about trading energy resources in cryptocurrencies.”

The Russian leader additionally flagged cryptocurrencies’ great consumption of energy as a possible barrier for its use. Bitcoin needs a lot of computing power to process transactions and mint new tokens.

Moreover, Putin didn’t mince words on Russia’s attempt to get away from dependence on the dollar for trade.

“I believe the US makes a huge mistake in using the dollar as a sanction instrument,” he said. “We are forced. We have no other choice but to move to transactions in other currencies.”

“In this regard, we can say the United States bites the hand that feeds it,” Putin added. “This dollar is a competitive advantage. It is a universal reserve currency, and the United States today uses it to pursue political goals, and they harm their strategic and economic interests as a result.” 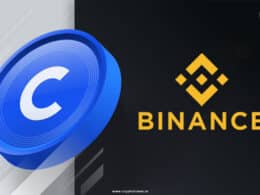 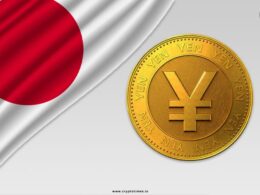 Japan to Strengthen its Diplomatic Efforts to Regulate Digital Currency

NEAR Protocol Launched an $800M Fund to Support Ecosystem’s Growth

Beeple’s this artwork to rank 3 in the list of most expensive artworks sold by living artists. It…
Total
0
Share