At the State Duma, the lower house of the Russian Parliament, newly reappointed Central Bank Chairman Elvira Nabiullina pointed to Russia’s digital ruble and predicted transactions will be conducted in 2023, including the international settlements.

The digital ruble, which will be issued by the Russian central bank, is the third incarnation of Russia’s national fiat currency, following paper cash and electronic bank money.

Nabiullina talked about Russia’s Central Bank Digital Currency (CBDC)’s pilot settlements with the digital ruble to begin in 2023 while a full-fledged launch of the digital ruble should take place before 2030.

The digital ruble will be issued in the form of a digital code and stored on electronic wallets, according to the Russian Central Bank’s Financial Market Development Strategy.

Russians can use the CBDC to make purchases and transfer money online. Although a commission for paying for goods may be charged, with the limit of 0.4 – 0.7% of the transfer amount.

Nabiullina stressed the importance of the government encouraging the development of digital asset initiatives. And in the wake of strict Western sanctions against the Russian economy, Nabiullina addressed how the government must mitigate them.

“The digital ruble will provide new opportunities. In addition to being convenient, it provides opportunities for programming, tracking the targeted nature of the use of digital rubles. We are discussing with the government that such a “target ruble” will be used for government state programs, and then the government will more effectively monitor the targeted use of the funds allocated to support certain sectors of the economy, for social support,” she said.

Nabiullina also stated that Russia is looking to expand the number of countries that accept the Central Bank of Russia’s ‘Mir’, the Russian payment system for electronic fund transfers.

Mir will provide an alternative to Visa and Mastercard, which have suspended operations in Russia as a result of the invasion of Ukraine. The suspension was announced by Binance, although CZ, CEO of Binance took to Twitter to clarify that these decisions come not from his own company, but from Mastercard and Visa companies. 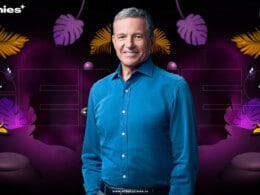 Bob Iger will help the company to grow and build an avatar ecosystem to create 3D customizable avatars for the digital world. 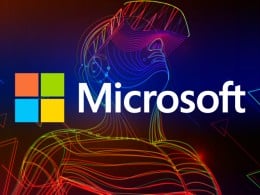 Another user of the industrial metaverse is the ketchup manufacturer Heinz. 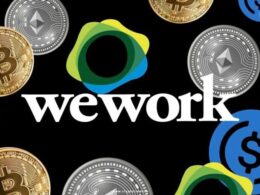 WeWork Accepts Crypto As a Form of Payment

WeWork will hold the crypto on its balance sheet pay landlords and third-party partners in cryptocurrencies using Coinbase.

Bermuda Plans to Become a Crypto Hub Despite Market Turmoil

Bermuda has been implementing crypto regulations since 2018 and believes that it can withstand the recent market turmoil emerging as a crypto hub.
Total
0
Share