The Reserve Bank of India (RBI) is tapping top Indian banks including HDFC, ICICI and SBI for running a blockchain-based pilot project centred on trade financing. According to reports, Axis Bank, Bank of Baroda and Union Bank of India will also be involved in the project.

The project is intended to help prevent loan frauds carried out by the likes of runaways like Nirav Modi, Mehul Chokshi that fool the system to draw thousands of crores of rupees.

The trial project, called ‘proof of concept’ in industry jargon, will employ blockchain technology wherein ‘blocks’ of transaction information is stored in ‘chains’ with a peer-to-peer access to improve traceability of transaction.

Also read: Everything you Ought to Know about the RBI Digital Currency

A Bank of Baroda spokeswoman said, “We are participating and supporting the initiative.”

These individual banks are getting along with several technology providers under the supervision of the RBI.

“This is to assess how blockchain can facilitate and secure our banking system,” said one of the persons aware of the matter.

With the help of blockchain technology, tampering of documents like Letters of Credit (LC) will be combated. This can further help prevent the misuse of LCs.

The project aims to make blockchain technology a part of the Core Banking System (CBS). The project will be used for the trial of the application of Blockchain, depending on which the practice will further be materialized.

An official directly involved in the process revealed, “The pilot has begun with banks to run blockchain-backed systems to issue digital LCs.”

However, this project which is trade financing oriented is different in scope and application from that involved in developing a digital currency.

CoinJoin’s blacklisting applies to those who use the Wasabi Wallet team's zkSNACKs coordinator. 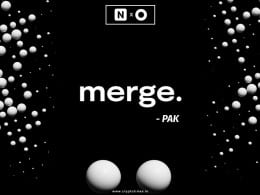 Pak’s Merge NFTs are About to Reach $100 Million Milestone

As the number grows, NFT will visually grow larger.

Stripe is hiring engineers and designers for its new crypto team, a step towards building the future of Web3 payments.