CryptoPunk #4156 got sold for 2,500 ETH, worth $10.26 million, making it one of the most expensive NFT sales in the CryptoPunk collection history.

However, due to Ethereum price swings, this is just the third greatest sale in terms of ETH. Two CryptoPunks were sold for 4,200 ETH a piece in March, but today’s sale only brought in 2,500 ETH.

Sotheby’s auction of CryptoPunk #7523 for $11.75 million also outranks the sale which became the most expensive CryptoPunk ever sold.

Someone bid 2,500 ETH on the rare CryptoPunk #6046 in October of this year, which would’ve made it the most expensive sale at the time at $9.5 million if the Punk owner had accepted.

The owner however declined, claiming that the rare punk was too attached to his identity and brand, therefore he turned down the millions.

Punk’s attributes determine the worth of CryptoPunks, with the hoodie, beanie, and pilot helmet traits being the most valued. The #4156 NFT’s attribute is a bandana. 481 punks have a bandana as an accessory.

Reportedly several auction companies contacted the original owner of CryptoPunk #4156, claiming that with their help, the punk might have fetched an additional 1,500 ETH ($6.3 million).

For NFT collectors, Cryptopunks is the ultimate rookie card. In 2021, CryptoPunks gained enormous clout, with several celebs proudly displaying their punk ownership on Twitter. Sales of CryptoPunks NFT art are a leading signal for the rest of the NFT market, indicating that some people are ready to spend big money on blockchain-based art. 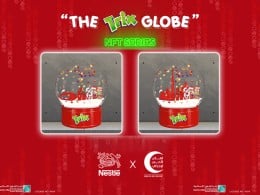 An official at Bank of Ghana (BoG) assures the country's digital currency, e-cedi, would work offline through the use of smart cards.

The announcement stated, “Owning a Mt. Gox NFT proves you’re OG. You were there in the early days of Bitcoin, and now you can prove it on the blockchain.”

Cathie Wood Denies Any Bubble on The Ark Innovation ETF

Shares of Ark Innovation hit a bottom in May. The ETF did end the second quarter up 9%, but it’s still down 7% year to date.
Total
16
Share