In a blog post on July 21st, Paxos took a swipe at Circle and Tether claiming that they are “not comprehensively overseen by any financial regulators.” Paxos revealed that its duo of stablecoins, Paxos Standard and Binance USD, are backed by 96% cash or cash equivalents.

All of Paxos’s cash balances are held in US insured depository institutions. While all its cash equivalents are held in “US Treasury bills with maturities of 3 months or less, or overnight repurchase agreements, overcollateralized by U.S. Treasury instruments,” according to the blog post.

The other 4% of reserves are in the US Treasury bills were categorized separately. Those Treasury bills are four months from maturity, all maturing in October 2021, according to Burstein’s post.

PAX, BUSD, and GUSD are approved by the NYDFS and supervised by the regulator on an ongoing basis. Whereas USDC and Tether, reserves are not comprehensively overseen by any financial regulators. Their reserves are broadly unrestricted and not held bankruptcy-remote under applicable law. Hence, these reserves are backed substantially by corporate debt obligations.

“USDC and Tether reserves are not comprehensively overseen by any financial regulators,” reads the blog, before charting recent announcements that those tokens are backed by 61% and 2.9% cash deposits, respectively.

Is Moonrock Promoting Solana by Buying its Degenerate Ape NFT?

Moonrock Capital is famous for its pump and dump scheme. 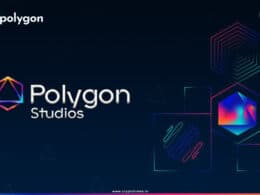 Polygon said the new unit will "bridge the gap between Web 2 and Web 3 gaming."

Clay Friends NFT, which makes NFTs with clay sculptures as the base models, comes into a creative partnership with Photoshop.