The darling of the American media scene, socialite, businesswoman, model, singer, DJ, actress(phew!) Paris Hilton is now also dubbed as the ‘OG Crypto Queen’! (or probably, has always been, going by her confession..)

Her first tryst with the crypto space dates back to 2016. When her interest was sparked by a dinner she had with some Ethereum founders. This event traces back to the nascent stage of cryptos if not the hyped stage like today.

Hilton revealed in an interview that she was quite an evangelist in the crypto movement and had invested in both bitcoin and ether in 2016, back when BTC was valued below $1,000 and ETH below $10.

So, catwalking onto the NFT ramp, was only a matter of time for her!

In March 2020, Cryptograph approached her to do a ‘drawing’ that would be later sold off as an NFT for a charity initiative. Acceding immediately to the request, she chose to draw her kitten Munchkin’s portrait and named it Kitty. Well, the empress did give off a Midas touch to the NFT that was sold for $17000 and went on to win the “Best Charity NFT” at that year’s NFT awards ceremony.

Again, in February, Paris dropped another autobiographical NFT Paris: Past Lives, New Beginnings which consisted of NFTs: My Forever Fairytale, Tabloid Dysphoria, All Eyes on Me, and Truth is Freedom, each one representing her journey in the public sphere and an expression of herself reclaiming the narrative of her own life.

She has recently joined Origin Protocol as an investor and advisor

Her advocacy for NFTs are not just limited to her own NFTs, but other NFT artists too, especially women. In fact time and again, she has stood by the famous slogan ‘empowered women to empower women. She has always been vocal about uplifting voices of women in the NFT space and even does so if one were to take a stroll on her Twitter feed.

The underlying motifs that remain in her NFTs are feminine hues of sublimity unfolding her personal story of surviving abuse during her teenage years. With her NFT artworks, she presents an inspiring picture of a new personal journey as a wife, advocate, entrepreneur, artist and more.

It is for nothing that the famous crypto artist Yuna, made her an honorary “Graffiti Queen,” in recognition of Paris’s support for female NFT artists.

Planet Paris is her debut collection and it was created with the famous artist Blake Kathryn. The collection transports one into an ethereal moment of peace with its other-worldly backdrop!

Well, this particular one gives a glimpse of Paris’s metaverse (and we love it!)

The rosecoloured skies with celestial bodies floating around, chiming stars, and a trail of meteors. Soft blush gives it a perfect fairyland twist- meditative, serene and dreamlike.

This NFT reminds one of the perfect sunsets, birds flocking to their nest and crickets gearing up for their next solo. The animation echoes the chirps at the lakeside and shows a fluttering butterfly on rose petals. It also portrays the leaves of the palm trees, the grasses on the meadow, flowers dancing to the tender breeze and the waves in the lake being a perfect partner in the dance.

And then comes the lead of the movie, the hummingbird fluttering… As described by the artist herself, ‘it’s my perfect reminder that in the stillness and serene calmness, love is always with you’.

The NFT is created in remembrance to Paris Hilton’s dog, Tinkerbell Hilton who passed away in April 2015, at the age of 14. The Chihuahua in the NFT has stars gleaming in her eyes reflecting his popularity in the Hilton household and the media too.

The diamond studded dog collar signifies its luxurious lifestyle and the pink bow (rainbow being Paris’s favourite colour) represents his friendship with the DJ herself. No wonder she calls Tinkerbell, her BFF! “The icon, legend, and OG queen. She is proof that some types of love are just legendary”.(hence, the name Legendary Love).

But what catches the eye of an art buff is the ‘fluttering butterfly’ seated on the canine’s back. The frame of the illustration evokes the memorial of the pet whose presence now seems to be amongst the heavens.!

Iconic Crypto Queen is an animation of the iconic Crypto Queen (perhaps Hilton herself who has time and again lived by the self-styled title of OG Influencer). Thus, stands the blonde Queen bejewelled in diamond necklace, diamond gloves, in the ethereal setting of a pastel sky! The prim and proper icon seems like a refined sensuous picture of sophistication.

Paris: Past Lives, New Beginnings is her collaboration with popular female digital artists, Paris Hilton and Superplastic’s synthetic superstar, Dayzee. These artworks are symbolic representations of Paris’s closing of one chapter of her life and moving onto the next.

This particular NFT was created after Paris spent six months making this collage by hand and then turned it into an NFT so her perfect love story could live on the blockchain forever. For Paris, this work is her heart turned into an art.

The NFT(25353 editions) is a token of happiness for her and expresses love for her husband, Carter Reum.

My Forever Fairy Tale had 25353 editions, each edition granted a chance to win prizes.

The lurid lifestyle(and choices) of celebs have always flooded the gluttonous pages of tabloid. It goes without saying that sensationalism (or rather the cooked, marinated sensationalism) takes a toll on the mental health of the celebs, possibly leaving one affected for life.

The NFT(with 11 editions) depicts TV screens with Paris’ photos flashing on them alluding to her being in the constant public eye. It hints at lingering of an imminent faux that could give the media a breaking headline. The art reads in clear letters ‘The truth will set you free’.

The artwork is a badass reply to pointers(well, haters too!). The bold NFT again flashes the message ‘The truth will set you free’. The work(11 editions) projects the idiom “If they’re always watching you, you might as well give them a show.”

A perfect answer to people praying for your fall, the art aligns with the star’s unflinching attitude with finally embracing the fact that if one is always under the scrutiny, then one might as well be sliving it!!

“I’m reclaiming my voice. Always remember, nobody can tell your truth better than you can.”

This 1/1 piece of NFT is the final piece to the bigger picture of Paris’s journey. Almost like a cycle of ‘rage, embrace, forgiveness and reclamation’ is completed, and in what fashion!!

The artwork is a souvenir for reclamation of Hilton’s own voice, to write her life in her own words, tell her truth in her own voice.  With the redemption, Paris Hilton now embarks on a new chapter as a wife, advocate, entrepreneur, artist and more and we can’t wait to see her winning the upcoming quests.!

Not just her personal NFTs, but one can gauge the contributions of Paris in the NFT space with her curated collections too. Her collection, Empowered By Paris: Empowered Women Empower Women Exhibition with 163 artworks repositions her stance on feminism and women being there for each other.

The Exhibition was organized in collaboration with the Sevens Foundation. The NFT space which was erstwhile accused of being male-dominated has given way to emerging female artists. And Paris’s initiative proved to be one of the prominent flag bearers for the emerging feminist air in the NFT world. The core aim was for female artists to succeed with equal representation and opportunities.

Her initiative thus, celebrates the female perspectives, femininity by honouring the strength, endurance, togetherness, ferocity, tenacity, sensuous vibrancy and resilience through artworks of female NFT artists all around the globe.

Time and again, Paris Hilton has always owned the game that she has ever stepped into, be it the innovative business ideas, her music or the way she leads her life. With the NFT fever now catching up to other celebs, she has already set a strong foothold in this territory, quite early! But what makes her stand out from the herd of Hollywoodians, is that she is using her hold to lift other female voices and their works. (and we loves it!)

All hail the feminine force! 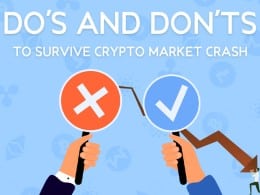 A crypto market crash is the most dreaded circumstance that can occur in any investment cycle. Investment tools… 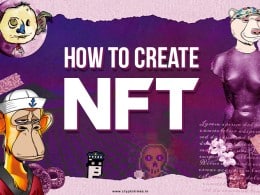 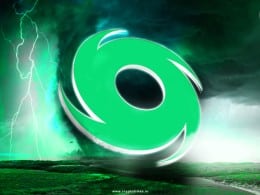 When a buyer uses a crypto wallet to pay for something, the recipient of the transfer has access…

Since 2015, the anonymous model and photographer simply known as Nude Yoga Girl has been posting naked self-portraits…
Total
41
Share