The second largest scaling solution on Ethereum, Optimism introduced its native OP Tokens to expand its ecosystem. The scaling solution has also identified numerous use cases of OP Tokens to create sustainable governance while equal participation of all players. Recently, Optimism rolled out its first OP token airdrop (Airdrop #1) as a part of its allocations.

As a result of the Optimism community’s enthusiasm regarding future governance in its ecosystem, there are a lot of expectations surrounding the OP token airdrop. The launch of OP Tokens, on the other hand, was met with mixed feelings and emotions.

What are OP Tokens?

OP Tokens are the native tokens of the Optimism layer-2 solution, which were officially released on May 31. The total supply of OP tokens is 4.29 billion and 19% OP tokens out of the total supply have been scheduled for a series of airdrops, beginning with Airdrop #1.

In the first Airdrop, nearly 5% of OP tokens were airdropped to eligible crypto addresses.

OP token holders can acquire participation rights in The Optimism Collective, which is a two-tier governance system comprising The Token House and Citizens’ House.

Token House is already working, and it was established to govern technical decisions regarding the Optimism network including software upgrades. While The Citizen’s House governs public-goods funding decisions.

With the initial rollout, OP Tokens have become a hot topic of the debate and received mixed statements of backlash and appreciation from the optimism community. Surprisingly, Ethereum co-founder Vitalik Buterin shocked the community while making statements in favor of OP tokens.

As per the propagation of tokens, the allocation of OP tokens and airdrop was a large-scale experiment in digital democratic governance. However, when an Optimism community member, 0xJohn, submitted a governance proposal for the OP ecosystem, the community member backfired on the terms.

The proposal states that users who already sold out their OP tokens from the initial drop will be excluded from all future airdrops. OP token issuers pronounced that the reason behind disbarring these accounts is that they are not playing a constructive role in the future governance of Optimism.

Furthermore, the community also warned the Optimism network that the proposal approval could cause the disappointed users to shift to the other layer 2 solutions such as Arbitrum, zkSync, and others.

Due to the bipolar thoughts over the OP tokens’ intention about governance and ecosystem created adversary effects on the tokens, while it is just in the initial roll out.

When the airdrop rolled out on June 1, OP Tokens were trading around $4.5 USD, which fell to $1.2 on the same day. At the time of writing, the OP Tokens market price is around $1.43, according to CoinMarketCap.

Users have also raged over the error that occurred during the airdrop as some people had already claimed their tokens before the OP tokens officially came on the network. Aside from that, many people who were eligible for the airdrop promptly sold their tokens after receiving them.

Furthermore, other issues such as delays in the transactions due to network congestion and wrong estimations of network load have also spoiled the experience of users and investors.

“We significantly underestimated the amount of expected load [deploying our claims user interface] would have on our public RPC endpoint,” Optimism said in a tweet, referring to a remote procedure call. “We quickly moved to massively expand the resources available to serve our public RPC, a process which took several hours of coordination (and waiting) for the amount of load we observed.”

While some critics were condemning the Optimism governance mechanism, Ethereum’s co-founder Vitalik Buterin openly showed support for Optimism’s new governance structure by praising the proposal of OP tokens use case for the gas fees.

He stated that OP Token’s implementation has a purpose “with explicit representation of non-token-holder interests” rather than just “make OP go up”. Furthermore, he also considered it the biggest attempt at non-token-holder-centric DAO governance so far.

However, it’s still not clear whether Vitalik agrees to accept OP Tokens for the network gas fee or he is just praising the thought mentioned in the proposal.

Whether OP Tokens encounters milestones in its journey or not, but definitely it will set an example. It will inspire the upcoming project to develop sustainable governance through tokenomics. However, it is still unclear how Optimism’s approach to leveraging OP Tokens will bring benefits to its ecosystem.

Cryptocurrencies such as Bitcoin, Ethereum crash to a new low of the cycle?

Anna Zhilyaeva: A beacon of Immersive Art and Volumism in the NFT space

Why be a mere spectator to art when you can actually experience it? Thanks to VR, arts and… 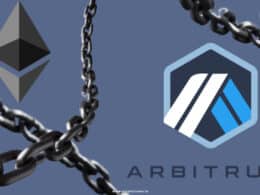 Over 250 teams have requested developer launch access, which can save a lot of gas in the Ethereum…

MetaGods LAND Being Snatched Up At Record Rate