Both exchanges were operating noncompliant platforms that permitted residents of Ontario to trade unregistered securities, according to the Ontario Securities Commission.

According to Jeff Kehoe, head of enforcement at the OSC, “Foreign crypto asset trading platforms that want to operate in Ontario must play by the rules or face enforcement action.”

The results revealed today should be seen as a categorical statement that we will not stand for violations of Ontario securities law.

Bybit, which recently announced it was terminating staff, assisted with the inquiry and came to a deal with the regulatory body. Bybit decided to cooperate with the OSC to complete the registration process in exchange for paying a fine of around CAD $2.5 million ($1.9 million) to the organisation.

Bybit won’t be advertising its services in Ontario or accepting new accounts from residents of the province in the meantime.

Also Read: FTX to Acquire Bitvo for Expansion into Canada.

KuCoin, as opposed to Bybit, is alleged to have been unhelpful with the OSC’s probe. The Seychelles-based exchange has thus been permanently barred from taking part in the stock markets of Ontario.

Over a year ago, the OSC warned exchanges operating in Ontario that they “must contact the OSC or face enforcement action.” Now, the OSC has imposed penalties for the violations..

According to the OSC, Bybit and KuCoin were unable to contact the organisation before the deadline of April 19, 2021. 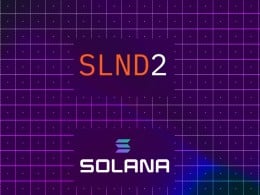 The CBDC was first announced in February while presenting the Union Budget 2022-2023.

Crypto Lender Nexo May Face Lawsuit for Siphoning of Funds

Kosta Kantchev of Nexo and Credissimo is accused of siphoning donated HelpKarma funds to raise capital for these companies.

SupreRare’s mission has always been to empower the next generation of artists through technology and inspiration for the world to enjoy.
Total
2
Share