The lawmakers in New York have passed a bill that bans some types of crypto mining that depend upon carbon-based fuel during a session of the state’s senate on Friday. This move seeks to address the rising concerns about the environmental effects of energy-absorbing blockchain operations including Bitcoin mining.

The members of the New York State Senate voted 36-27 in favor of the bill. Prior to this it was passed by the state assembly in April and now it will be sent to New York Governor Kathy Hochul.

The legislation has targeted a specific form of cryptocurrency mining that uses the highly energy-intensive “proof-of-work” authentication method. This includes some immensely popular digital currencies including Bitcoin.

Proof of work-based mining depends on highly difficult calculations to verify crypto transactions. It is a process that takes up a lot of computing power which subsequently uses up a lot of energy.

It is uncertain whether it will be signed into law or not. However, if it is signed as a law by Hochul, the legislation will put in motion a two-year long ban on new permits being issued.

Additionally, the ban will also be imposed on existing permits being renewed to carry on proof-of-work authenticated crypto mining that relies on electricity generated via carbon-based fuels.

During this two-year period, the state will conduct a study to inspect the environmental impact of proof-of-work mining operations together with any potential “social and economic costs and benefits.”

New York has been seen as a place for crypto mining firms to set up as the state’s inexpensive hydroelectric energy sources. In more recent times, mining businesses have also reused decommissioned coal power plants. One such facility, for example, was rebuilt by Greenidge Generation to run on natural gas.

US DOJ Charges Six Individuals in a $100M Crypto Ponzi

The US DOJ files a National Enforcement Action (lawsuit) to the tune of $100 mn in a cryptocurrency Ponzi including the largest known Non-Fungible Token scam.

The attendees for the party will be chosen through a raffle system as there are limited venue spots. 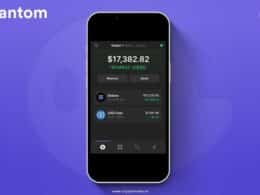 The come will enable users to buy and sell baseball athletes' NFTs through Ethereum.
Total
1
Share