Netflix Partners with Decentraland to Create ‘The Gray Man’ Experience

Streaming giant Netflix enters the metaverse with Decentraland for its new film “The Gray Man”.

Decentraland recreated a landscape from the movie. Users must find their way amongst the labyrinth using the knowledge of the film’s plot.

The experience is the result of a partnership between Netflix Latin America and Decentraland.

The art director at Decentraland Foundation, Shibuya says that by replicating an actual scene from the movie they are not only attracting users who have already seen the movie but also “boosts the users that happen to be in Decentraland playing in the maze and gets them to watch the film.”

In the first week it went live, Decentraland saw 2,000 users go through the maze. Users can also select free wearables for their avatar, which are added immediately to their wallet.

The choices for the wearables include the signature looks of the three main agents; Sierra Six’s jacket, Lloyd’s mustache and polo shirt, and Miranda’s blazer and bob.

Diego Alvarez, the senior business developer at The Electric Factory, the programmers and architects behind the game says that the metaverse is “about having fun, about getting in touch with other people here. And that’s why we have this stimulus [trivia game] that makes you feel like you are always doing something.”

He also believes that companies that are doing this today “are going to have a huge advantage tomorrow if they understand how this works and how people can interact” in the metaverse. 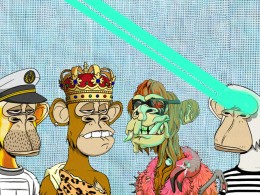 The virtual metaverse band, Kingship owned by the Universal Music Group (UMG) has announced that it has teamed… 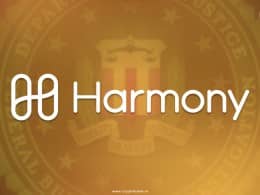 The Protocol also reconfirmed that the team was working with two blockchain tracing and analysis partners and the FBI to probe the hack.

Budweiser NFT Passes, ZED RUN racehorse skin airdrops, and a chance to win a year's supply of Budweiser are all part of the plan.
Total
1
Share