Experienced employees who were formerly working on developing Microsoft’s HoloLens augmented-reality headsets have left to join Meta. According to former staff, around 100 workers have quitted the tech giant’s augmented reality team to join Meta platforms.

The unprecedented shift had taken place as Microsoft was first to explore the AR space, which makes its veteran employees valuable assets to Meta.

Apple has also anticipated the rival’s threat to its talented workforce. Consequently, Apple introduced lucrative stock options and generous bonuses ranging from $50,000 to $180,000 to hold onto its workers.

Facebook’s major rebranding to Meta has indicated its growing ambitions beyond the social network. Meta has been working aggressively to advance its virtual reality business “Reality Labs”. Microsoft, on the other hand, has also shown its presence in the metaverse with its new updates in Teams and the Xbox gaming console.

In addition to that, the company also revealed its plan to launch its new product “Dynamics 365 Connected Spaces” to link with the metaverse.

Metaverse is perceived as a fresh concept that brings the internet to life. Tech giants are tussling over succeeding in realizing the potential of metaverse in their technology framework. It would be interesting to see how these companies integrate metaverse to create augmented versions of reality seamlessly.

Saylor told CNBC Friday that borrowing money now to buy more bitcoin was like investing in one of today’s dominant tech companies.

Vitalik Shares His Views On The Establishment Of Crypto Cities

There's a lot that can and should be improved with cities, and a lot of opportunities; despite the challenges, crypto cities broadly are an idea whose time has come. 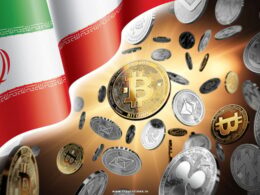 Bitcoin Miner Jailed for Stealing $44,000 Worth of Electricity

Sanjay Singh, 40, in Leicestershire, England, has been jailed after stealing electricity to mine Bitcoin.
Total
0
Share