The Business Intelligence company, MicroStrategy announced buying nearly 480 bitcoins for almost $10.0 million in cash. The purchasing was done at an average price of approx $20,817 per bitcoin, inclusive of fees and expenses.

Recently during the Bitcoin’s fall, witnessed in the range of $18,000-$21,000, it was speculated if MicroStrategy might begin to face margin calls. However, the firm’s CEO Michael Saylor had dismissed these rumours and pledged to purchase additional coins after cash flows were allowed.

Coin Metrics confirmed that its FARUM nodes witnessed a "deep reorg with a max depth of 14 blocks."

Bitcoin billionaires, Cameron and Tyler will provide fund the fascinating project to reverse down climate change.

MicroStrategy has been buying cryptocurrency since September 2020, when it declared Bitcoin (BTC) to be an important capital. 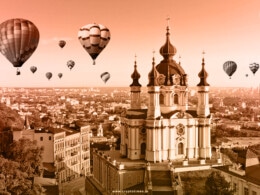