The crypto hardware and security company Ledger announced the introduction of a NFT market and Web3 services platform for businesses. Ledger is also releasing a range of additional solutions targeted towards Web3 security and education.

Security and transparency are top priorities in the company’s NFT marketplace, ‘Ledger Market’.

Pascal Gauthier, CEO of Ledger, claims that appropriate security is “one of the industry’s biggest problems,” and that clear-signing, a procedure that aids NFT traders in avoiding scams, has been lost “in the wave of Web3 innovation.”

Brands including LVMH’s Tag Heuer, the NFT line DeadFellaz, and Brick/Babylon are collaborating with Ledger Market to list their assets on the marketplace.

Additionally, Ledger is introducing Ledger Enterprise Create, a platform that enables businesses to scale their Web3 initiatives and safely enter the NFT market.

With webmasters and a lack of transparency between parties involved in the technology, Gauthier claimed that “everyone is building NFTs like they were building websites in the 2000s.” Ledger Enterprise Create, in his opinion, will enable “total control for companies and creators.”

Ledger’s goal, according to Gauthier, is to support brands and creators throughout their NFT journeys and protect the entire stack from NFT minting to distribution to production.

Gauthier claims that Ledger has 2 million daily active users and that its technology is used to protect over 20% of all digital assets worldwide.

The business began operations in 2014 with a focus on bitcoin and has recently expanded into the Web3 market. Ledger Connect, a hardware wallet that enables users to connect to Web3 applications, was released in May.

However, Gauthier pointed out that before using Web3, Ledger’s responsibility is to educate users on the various technologies and how to use them.

Ledger is introducing Ledger Quest, a learn-to-earn Web3 game with NFT incentives, as well as Ledger Academy, an educational platform for users to deepen their awareness of blockchain technology and security.

Mike Shinoda, Deadfellaz, Dan Held, and Bobby Hundreds are among the celebrities who will serve as Ledger’s Pro Team ambassadors by enlightening their communities about Web3.

Ledger will also be rolling out its summer drop of Genesis Pass NFT. The Genesis NFT will allow users to redeem a limited edition of a Ledger along with early access to future drops.Ledger is expanding its services as well as products. Not long ago, Ledger announced ‘Ledger Connect’ as a Safari extension. 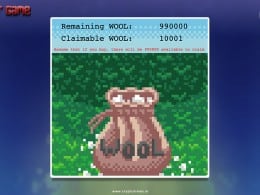 The developer has revealed eligibility criteria for the community to win a $50,000 bug bounty program. 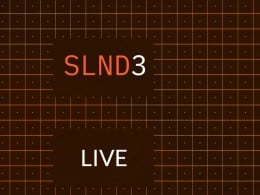 During the 24-hour voting period for the latest proposal, Solend encourages customers to reduce their borrow holdings.

Enjin announced that it would explore ways to utilize NFTs to promote the UN’s sustainability and equality goals. 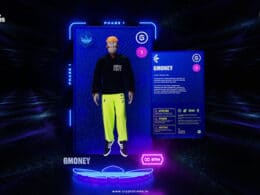 Adidas' "Into the Metaverse" NFT project produced 11,391 Ether (ETH) worth over $43 million in its first weekend on OpeanSea.
Total
0
Share