The lawsuit argues that the celebrities tricked their followers into buying EthereumMax tokens, only to sell them once their value was inflated.

The filing says that this pump and dump scheme by celebrities caused losses to plaintiff Ryan Huegerich, a New York resident, and other investors who purchased EthereumMax tokens.

Scammers use false or misleading information to inflate the price of an asset in a pump and dump scheme.

John T. Jasnoch of Scott + Scott Attorneys at Law LLP filed the class action complaint on behalf of Huegerich, aiming to represent those who purchased tokens between May 14 and June 27, 2021.

In a highly publicized post on Twitter on May 26, former NBA star Pierce promoted EthereumMax amid a dispute with ESPN, where he used to work as an analyst.

Pierce openly criticized ESPN, claiming that he “made more money with this crypto in the past month than I did with y’all in a year.”

According to the lawsuit, EthereumMax announced on the same day that it was the exclusive cryptocurrency accepted for online ticket purchases for Mayweather’s fight with Logan Paul.

People who bought tickets with EMAX tokens were offered a variety of incentives, including boxing gloves signed by Mayweather and the chance to attend his afterparty.

Mayweather wore an Ethereum Max t-shirt to the Bitcoin 2021 conference in Miami in June, despite organizers asking guests to avoid discussion of non-BTC assets.

On June 14, Kardashian posted about EthereumMax with her 250 million Instagram followers, which has nothing to do with the well-known cryptocurrency Ethereum.

“Are you guys into crypto???? This is not financial advice but sharing what my friends just told me about the Ethereum Max token!” she posted.

Kardashian’s post includes the hashtag #ad, implying that she was paid to promote it. It’s unclear how much Kardashian was paid by EthereumMax.

According to a survey conducted by financial services firm Morning Consult, up to 21% of all American people and nearly half of all cryptocurrency owners saw the advertisement, and 19% of those who saw it invested in EthereumMax as a result.

All the people getting sued have yet not commented on the issue so their stance still remains unclear.

Just a few days before Pakistani investors became the victims of a huge bitcoin scam. As per reports, Pakistan’s top law enforcement agency has issued a notice to Binance in relation to a scam that cost Pakistanis $100 million.

Tokens.com will utilize the purchased metaverse land plots for fashion shows and commerce for the exploding digital fashion industry.

OneDegree Hong Kong will be the first insurer established in Asia to provide coverage for digital assets. 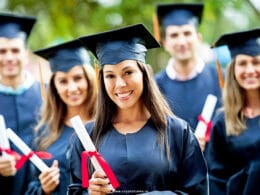 The firm said despite its repeated claims of transparency, Tether has not been transparent about its holdings.
Total
0
Share