Kevin Hart will “Confess” in Metaverse Through his NFTs

Comedian and actor Kevin Hart is the latest celebrity to venture into the metaverse and NFTs as part of his animated series “Confessions from the Hart”. Hartbeat, his media company, will release limited edition NFTs based on this animated series on the Roku Channel beginning July 6.

Kevin Hart is pretty much everywhere, and he’ll be conquering the metaverse for the next week. His fans could access his content, which includes a series of almost-impromptu video “stories” about Hart’s career and life on his Instagram TV feed.

July 6 will be Hart’s 43rd birthday. Additionally, on July 7, Hart will release his debut NFT collection, in which he will appear alongside the animated characters in a 30 minute special.

The 10,000 different “Confessions From the Hart” NFTs will be available at web3.kevinhartnation.com for $65 each beginning July 7.

Furthermore, fans will have the opportunity to sign up for the Kevin Hart Nation Wallet and gradually accumulate the HARTS social token by engaging with social media content. The token can also be used to safeguard onboarding digital assets, get free NFTs, and buy Hart Passes.

Kevin Hart commented saying, “My favorite thing to do is make people laugh, and with Hartbeat’s expansion into the metaverse and Web3, we will have exponential opportunities to bring humor and comedy to a whole new audience.”

According to Jeff Clanagan, president and chief distribution officer at Hartbeat Media, the NFT drop and bonus content for “Confessions From the Hart” is the first in a series of “metaverse activations”. 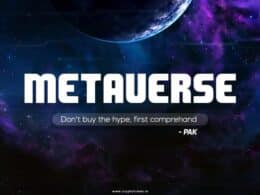 Hexeract has tried to convey that every NFTs and crypto wallet based games are not the metaverse.

The newly raised funds by WOO Network will aid in talent acquisition, research and development, and the creation of new decentralized products. 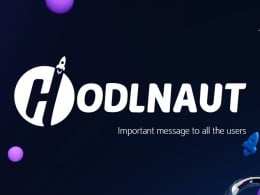 Crypto lending platform Hodlnaut has announced that it is halting withdrawals, token swaps and deposits from today, due…
Total
1
Share