The federal register had published a document regarding Ripple’s request, In which Judge Sarah Netburn refused to allow Ripple to access documents regarding the transaction history of SEC employees of cryptocurrencies, such as Bitcoin, Ethereum, and XRP.

Ripple has filed a motion to compel the SEC to disclose its internal cryptocurrency trading history in August. In return, the SEC had also appealed to the court to deny the request.

Earlier Court ordered the SEC to create trading policies related to crypto. But later it was revealed that the SEC had no transaction record at the beginning of Ripple’s judgement. The Regulator had accused Ripple of selling unregistered securities transactions.

Ripple claims that enforcement lawyers stated in the meeting that SEC employees were barred from trading XRP after the formal order of investigation was issued. It also claimed that yet SEC has not published any court-ordered documents to clear their view on Ripple.

Ripple legal team had also raised their argument based on the SEC’s individual employees “will, at a minimum, expose the lack of clarity regarding XRP’s status and whether the SEC believed XRP to be a security,”

“Defendants have not shown that such individual trading decisions bear on the issues in this case. Although the SEC’s policies (or absence of policies) may provide relevant evidence related to fair notice or recklessness, how an Ethics Counsel viewed a trading decision is more likely to cause confusion or create collateral litigation disputes,” as per the document.

According to Netburn’s view, this kind of detailed documentation is a violation of the privacy of SEC’s employees. Moreover, Ripple has not submitted clear evidence to define how this document can bring clarity in this case.

Vitalik Buterin Says Ethereum Fees is Acceptable If It’s Under $0.05

Vitalik Buterin stated that proto-danksharding might be enough to get the Ethereum L2 fee that low for a while. 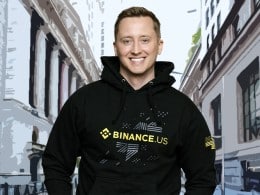 The decision to exit reportedly comes due to differences in “values, goals and standards.”

Coachella to Launch Solana NFTs in Deal With FTX

The sale, launching Feb. 4, marks the launch of a long term partnership between the festival and cryptocurrency exchange FTX.
Total
1
Share