Jack Dorsey created the tokenized version of it on 16th December 2020. On 6th March he drew attention to a tokenized version of that tweet on the non-fungible token (NFT) platform Valuables. And that action ignited a bidding war between Justin Sun, the founder of TRON and the CEO of BitTorrent, and Hakan Estavi, CEO of Malaysia-based Bridge Oracle.

Estavi’s $2.5 million offer has been the highest bid on March 6. Jack Dorsey announced on March 9 via tweet that the auction would end on March 21 and that he would accept the winning bid. He also said that he would convert the proceeds from that sale into bitcoin, then donate it to charity. 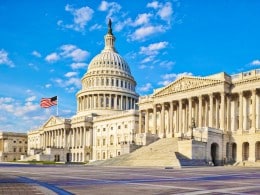 Vincent McGonagle asserted that his organisation has the expertise to regulate the crypto cash market as the participants moved on to more detailed inquiries.

The Sandbox will develop the virtual space ‘Como Tiny World’ to provide an imaginative world with attractive characters as well as create more than 100 NFTs.

Amid the horrors of the crypto market crash, BAYC and MAYC NFT holders are celebrating their annual ApeFest…