Iran banned crypto mining like bitcoin for nearly four months after blackouts across major cities. President Hassan Rouhani took this step as the country is facing major power blackouts in many cities.

The ban on the mining of cryptocurrencies is effective immediately and will last until September 22. According to Rouhani, around 85% of current mining in Iran has no license. It follows a regional ban within bitcoin miner China and Tesla’s decision to stop selling cars using Bitcoin. Both cited environmental concerns for their action.

Iranian officials blame a surge in mining and a drop in hydroelectricity supply for blackouts that are playing havoc with businesses and daily life. The government is keen on ensuring access to electricity for domestic consumption during hot summer. As summer is historically the peak period for power demand.

Iran is home to around 4.5% of all bitcoin mining, according to blockchain analytics firm Elliptic.

In recent years Iran accepted crypto mining offering cheap power and requiring miners to sell their bitcoins to the central bank. Earlier this month, the energy ministry said miners using domestic power for their operations would face heavy fines. Tehran allows cryptocurrencies mined in Iran to be used to pay for the import of authorized goods.

Wealthfront grants its customers to gain exposure to Bitcoin and Ethereum through Grayscale’s trust shares.

The new service will be organised as a DAO, with governance tokens functioning as voting rights. 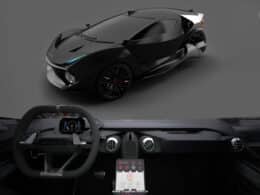 Spiritus will be the first car in history with mining hardware and crypto technology, intended to launch in 2023.