India’s FM Cautions against Crypto use as ED Investigates Exchanges

On Saturday, at a BJP Economic Cell event, India’s FM Nirmala Sitharaman cautioned the public and start-up entrepreneurs against crypto use as the ED is cracking its whip on the exchanges.

As per reports, Nirmala said that ‘caution is the word as all that is floating around is not currency’.

Sitharaman said, “The government has already warned. I think all of us will have to share our thoughts and move with a bit of caution on this.”

Referring to the recent money laundering cases being probed by the ED, she further added that an episode was reported in the media, into which the investigation was happening, revealing several such ‘pitfalls’.

But the minister wasn’t very pessimistic about the technology as she then clarified that technology provided many possibilities and people in the crypto sector should not think that the government was inward looking and against technology. 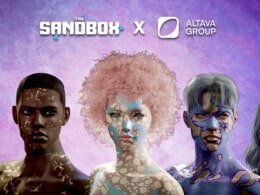 The collaboration will enable ALTAVA to expand business in the metaverse with luxury fashion experience created in LAND owned by ALTAVA Groups.

The price of each sneaker pair is 1BTC.

Sankar also pointed out Stablecoins being a bigger threat in terms of dollarisation than crypto, due to its ‘volatility’.