An Indian startup Coinshift has raised $15 million in a series A funding round led by Tiger Global. Coinshift provides treasury management for decentralized autonomous organizations (DAOs) and web3 companies.

Built on Gnosis Safe, Coinshift as of now provides a treasury management platform for the Ethereum and Polygon blockchains. Gnosis is a multi-sig smart contracts platform, which assists mass payout to crypto users.

In addition to Ethereum and Polygon, Coinshift’s founder and CEO Tarun Gupta stated that the company plans to expand its services to a total of seven blockchains, including Avalanche, Binance Chain, Gnosis, Optimism, and Arbitrum.

Along with its expansion plans, the firm is also looking to expand its current workforce of 16 people to around 25, as per Gupta’s comments. Coinshift is hiring across functions, mainly in engineering.

“Our current V1 platform is more focused on payouts. Now we are building a multichain treasury infrastructure and it will be available on seven chains from day one,” Gupta said.

The firm also announced its roadmap, in which Gupta expressed his “vision to build the most sophisticated multi chain treasury infrastructure for Web 3.”

Coinshift is launching its next-generation platform next week in beta with selective partners. The CEO refused to give names of those partners, but hinted they are some of the biggest names in the industry.

Coinshift has witnessed immense growth since its release in June 2021, managing more than 1,000 vaults, $1.3 billion in assets, and $80 million in payments for firms like Biconomy, Consensys, Messari, Uniswap, Perpetual Protocol, Balancer among others.

Others who also participated in the round were  Ethereal Ventures, Sequoia Capital India, Spartan Group, Alameda Ventures, Polygon Studios and others.

The founder of Product Hunt and Weekend Fund Ryan Hoover,  Shiva Rajaraman, the vice president of operations at OpenSea, along with Prabhakar Reddy, founder of FalconX were angel investors in the round.

Tiger Global is involved in a lot of funding rounds and it is grabbing every opportunity to join the fast growing firm. Just recently, Near Protocol raised a $350 million investment led by Tiger Global.

nCore Games to utilize the newly raised funds to launch new games this year and it also aims for expansion into the metaverse. 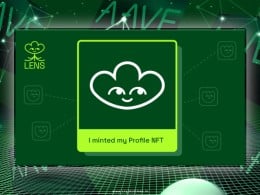 GlobalX Files With SEC For Bitcoin ETF In The US

NY-based fund manager GlobalX Digital Assets has joined the list of firms applying to file a bitcoin exchange-traded fund (ETF) in the U.S.

A Hong-Kong based public trust company, First Digital has recently announced a $20 million funding round to build…
Total
0
Share