Following the footsteps of Terra, another cryptocurrency may see perhaps the worst crash yet. CEL, the native cryptocurrency of Celsius Network, is in terminal downfall, causing concern among crypto investors and the market as a whole. The CEL crash is also a cause for concern, as its antagonistic effects caused turbulence in Ethereum (ETH).

The crypto market is in a free fall state all thanks to the mismanagement of Celsius Network, right when the wounds of the Luna crash are fresh on the market.

What caused panic in the crypto community?

There are multiple factors that took part in the downfall of Celsius. However, these factors are just the basis of our analysis from different sources, there could be other explanations that differ from our analysis.

The False Assumption over UST

The recent Terra Luna crash created a lot of panic among investors and the crypto market was already on the verge of collapsing. In response to this bearish sentiment, panic selling spread like wildfire, with individuals based on the example of UST de-pegging,  assumed that ETH and stETH were working on a similar mechanism.

Some people around the world misunderstood the stETH concept, believing that ETH and stETH are one-one pegged. Actually, that’s not the case at all.

stETH is not pegged to ETH and it never was, and will never be. It doesn’t require to remain 1:1 to work. Its price is dependent on its own demand and supply. Staking derivatives are not stablecoins or even algorithmic stablecoins. They are just tokenized ownership of locked collateral.

It all started when Celsius issued a statement that due to “extreme market conditions” it is withholding withdrawals, swaps, and transfers between accounts. The announcement received a huge backlash from the investors who wished to redeem their investment.

In a blog post Celsius platform stated, “We are working with a singular focus to protect and preserve assets to meet our obligations to customers,” as it informs of having activated a clause in its terms of use to halt withdrawals.

Now, why would a Cefi platform suddenly stop withdrawals for a long time during market instability? Generally, that’s true but this time the reason seemed different according to the gossip of on-chain data showing.

The recent dump of Alameda Research’s stake eth bag looks to have wreaked havoc on the Celsius network’s ETH:stETH liquidity pool. Reportedly, Alameda Research is said to have withdrawn its stETH holding and swapped roughly 50,000 of it in exchange for ETH.

There have been speculations that the recent withdrawals are swiftly depleting Celsis’ liquid funds. Some crypto specialists have warned investors that if the withdrawals continue at their current rate, Celsius would run out of ETH funds.

Only 27% of Celsius’s ETH holdings on Curve were liquid at the time of release, while the remaining (73%) stETH or Staked ETH on ETH 2.0 were frozen for up to a year. If the withdrawal pace remains at 50,000 ETH every week, Celsius will be drained in the next five weeks.

Celsius’s centralized governance and “no transparency” policy will always retain a blanket over this, and we will never know the truth. Celsius had also lost a significant amount of money in the latest hack stage hound and badger.

There are also speculations that Celsius was highly invested in Luna and lost a big chunk when Luna failed.

It seems like Celsius took the move to save its network from a liquidity crisis. Surprisingly, a one-day-old tweet from the CEO of Celsius, Alex Mashinsky, tells a different story from his ‘No Withdrawal policy’.

The Researcher’s Narrative on Celsius

Celsius allegedly used DeFi protocols for yield farming with customer deposits, in order to provide yield back to them. They perhaps lost some funds in exploits and, in addition, they staked a lot of ETH (both using Lido, and directly with non-liquid staking node operators). This staked ETH will be illiquid for at least 6 months, if not more than a year.

Even liquid staking is illiquid to Celsius because their position size exceeds the liquidity available for stETH.

If Celsius becomes a forced seller of stETH in order to recover liquidity for user withdrawals, this could perhaps be the event that triggers the liquidation cascade. In fact, even the prospect of that event could be the trigger.

Again, this is speculative. We have no idea really what Celsius’ actual financial position is, what tools are available to them, what customer liabilities they have, and so on.

While it seems unlikely that Celsius has lost customer funds entirely, it does seem theoretically possible that Celsius could end up in a scenario where they have users requesting withdrawals. But Celsius has locked those assets on the beacon chain with an unlock date that seems to be continually extending into the future.

How Celsius handles this hypothetical situation could matter a lot. If they are raising debt against these staked assets in order to pay back customers, it might just be delaying their designation as a forced seller, and making the eventual event much worse.

Connection with the MakerDAO

Another possible scenario could be its dependency over the on-chain money market MakerDAO. Celsius Network leverages MakerDAO for low-rate borrowing.

In order to borrow DAI on the MakerDAO, users must have to put the collateral greater than the borrowing value. While making a settlement, the pre-decided liquidation threshold value is already displayed to the borrower. If collateral assets value slid down from this point then it will be liquidated to repay the borrowing amount.

However, problems occurred during stETH as Celsius offered up to 7.87% yields on ETH. Surprisingly, the Ethereum beacon chain and other lending protocols offer far less yield than the Celsius network.

Celsius has acquired a larger amount of stETH from Lido Finance, which can be traded on the open market but can not be redeemed for ETH until the Ethereum Merge.

The circumstance has now arisen where stETH’s peg with ETH has been lost. As a result, Celsius Network is unable to swap stETH for ETH due to a lack of ETH in the lending protocol (Curve).

According to the statistics, Celsius presently has 445k stETH, compared to 143k ETH liquidity in the $stETH/$ETH Curve pool. This could be a crucial factor in the Celsius Network’s decision to halt withdrawal services due to a potential liquidity crisis.

Price at Which Celsius Could liquidate

As the fear of Celsius liquidation has been triggered in the market, some crypto experts believe that Celsius will come out of this situation without being liquidated. Crypto market analysts affirmed that if the Bitcoin market price falls below $14,000 then the Celsius platform will face liquidation scenarios.

However, earlier this week the liquidation price assumption was around $18,500. But after topping up sufficient collateral, it has succeeded to survive the token.

The fuel that added to the Wildfire

Despite these concerning events Celsius has transferred roughly $320 million to its single vault in a series of multiple transactions in the last few days.

From all of this 6000 WBTC and 2000 ETH were sent over to crypto exchange FTX, and in return Celsius Network had received $169 million worth of USDC.

The Crypto community was taken aback by this decision. Celsius Network, on the other hand, is working hard to keep the platform alive and well. To save its platform from being liquidated, it’s adding extra collateral to a borrowed debt on the MakerDAO.

Although it is still unknown whether or not this will save the Celsius Network from a liquidity problem. Apart from that, there is a huge risk associated with it in that if the ETH market price falls again, circumstances such as forced liquidation will occur, adding to the market’s anxiety.

Stakeholders in leveraged yield farming will be also screwed up in case of their position liquidation.

Anyone who wanted to exit their stETH position before the beacon chain’s state transitions is also inconvenienced: if a trader or investor staked ETH today (or bought “discounted” stETH today) and needed to exit in three weeks or three months, the stETH/ETH price is obviously not guaranteed to be the same as when they entered.

While cryptocurrency is undergoing a carnage and seeing its biggest drop in history, such unfavorable scenarios are predicted to occur for crypto investors. Following Terra’s demise, Celsius’s demise exemplifies the flaws in the crypto trading markets. So, before you invest in cryptocurrency, choose your platform intelligently.

Also Read: Celsius May Not Be Bailed Out By Its Investors

Author
Jahnu Jagtap
Jahnu Jagtap is an Analyst, with over two years of experience in the crypto industry. With a deep understanding of the ever-evolving crypto market and a passion for sharing his knowledge with others. As an analyst, he has spent countless hours analyzing crypto market trends and studying the latest developments in the industry. Jahnu is also a skilled writer. He shares his analysis with a wide audience and provide them with useful insights from his knowledge and experience. His writing is clear, concise, and easy to understand, making it accessible to readers of all levels of experience.

The 10 Most Common NFT Scams and Techniques to Avoid Them

Scams have always been a significant threat to cryptocurrency investors and NFTs are no exception. Even as security…

What is Cryptocurrency and How does it Work with PU Prime?

Have you heard the word “cryptocurrency” and wondered what it meant? Cryptocurrency, or simply “crypto,” is a form…

Loot is an NFT project containing random words. It is a randomized adventurer gear generated and stored on-chain.… 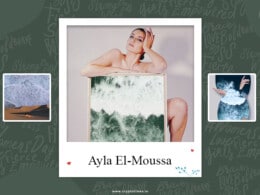 Be Water, My Friend. Empty your mind. Be formless, shapeless, like water. You put water into a cup,…
Total
30
Share