Harmony Proposes to Increase ONE Supply for Compensation

The Harmony network’s exploited Horizon bridge, which was involved in a $100 million crypto hack, is making headlines once more. The team has now proposed a compensation plan for affected wallets as well as an increase in the supply of ONE tokens.

A month after what was one of the largest crypto hacks, the Harmony developers stated that the hack affected 65,000 wallets across 14 different assets and that they have “worked tirelessly to brainstorm and develop paths towards reimbursing” victims.

The community blog clarified that due to the current state of their treasury, an immediate reimbursement would be impossible.

The compensation proposal suggests two options for minting ONE tokens, i.e. increasing the supply through a hard fork of Harmony and reimburse wallets over three years, with distribution occurring on a monthly basis.

The team explained why such an inflationary idea would be carried out by fully reimbursing users for the value of their stolen tokens.

“We decided against using the foundation treasury in the interest of the longevity and wellbeing of the project as reimbursing from the treasury would greatly hinder the foundation’s ability to support the growth of Harmony and its ecosystem.”

The snapshot voting period will run from August 1 to August 15. An additional 86 million ONE Token will be minted as part of the reimbursement plan and distributed to certain affected DeFi protocols over the same three-year period to mitigate losses from uncollectible loans.

While the team awaits community feedback, the initial responses appear to be overwhelmingly negative.

If you want to read more on DeFi news & articles, subscribe to The Crypto Times!

USDC Expands Its Multichain Ecosystem with Support on Hedera Network

The first NFT series with the theme ‘To the Moon’ from Rae’s Adventures of Tako collection is priced at 0.0288 ETH each. 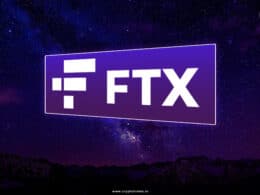 On Monday, FTX, a cryptocurrency exchange startup, announced that it had raised an additional $400 million from large investors.
Total
1
Share