Hack on Solana Ecosystem Traced back to Slope Wallets

After digging deep into the hack launch on Solana blockchain and investigation, it revealed on Twitter that compromised addresses “were at one point created, imported, or used in Slope mobile wallet applications.”

The investigation was done by Developers, ecosystem teams, and security auditors, according to @SolanaStatus on Twitter.

Earlier, the company blamed the software used by “several software wallets popular among users of the network.” Solana blockchain refused to believe that hacking became possible due to bugs present in Solana Core code.

But now, Solana is directly pointing the figure towards Slope and citing it accountable for the misshapen on their platform.

On August 3, Solana Ecosystem suffered a hit of a multimillion Dollar hack across different platforms.

“While the details of exactly how this occurred are still under investigation, but private key information was inadvertently transmitted to an application monitoring service,” the group stated in a tweet.

Slope accepted that a cohort of its wallets were compromised in the breach, although it hasn’t mentioned the origination of the breach. The platform suggested users to create a new seed phrase wallet and transfer their funds into it.

Slope is engaged with “developers, security experts, and protocols from throughout the ecosystem to work to identify and rectify” the situation.

“We are still actively diagnosing, and are committed to publishing a full postmortem, earning back your trust, and making this as right as we can,” Slope said.

The bill would also regulate cryptocurrencies’ use within the South American and Spanish-speaking countries that are seeking to bring crypto adoption into the mainstream.

The investment program will accelerate and incubate early crypto gaming startups that are building on Binance Smart Chain (BSC). 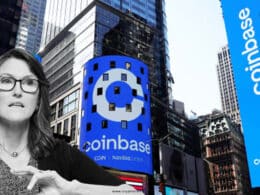 The interview, conducted by Rolling Stone Japan, gives people an in-depth view into the WarpSound company, their work, and their future plans.
Total
0
Share