Google’s Alphabet Invested a huge $1.5B in Blockchain Companies

A blog published by the blockchain insights website Blockdata revealed that Google’s parent company Alphabet invested $1.56 billion in blockchain companies. With this it is taking the lead among publicly traded firms investing in the sector, with Blackrock, Morgan Stanley, Samsung, and Goldman Sachs among the other top corporations.

While Samsung is betting on blockchain services, development platforms, NFT, and social networks, Alphabet and Blackrock are taking a different approach by focusing on a smaller set of companies such as Fireblocks and Circles.

“A total of 61 blockchain/crypto companies received investments across 71 investment rounds,” with many of these companies involved in industries such as gaming, arts and entertainment, and distributed ledger technology (DLT).

Sundar Pichai, CEO of Alphabet, spoke on Web3 developments in February, revealing the company’s stance on revolutionary blockchain technology, monitoring developments, and examining how Google’s parent company can contribute to the development of Web3. 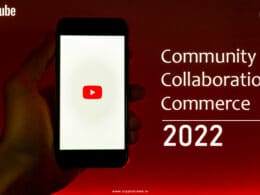 Youtube officials believe that the creators can improve their connection with their fans through NFTs.

Google aims to fly into the Web3 with Coinbase

The Whitepaper at a high level explains the background and progress of the E-CNY initiative started in 2014.

The 9,510 Macy's Parade NFTs will be distributed at random and will be available in three levels of rarity: Classic, Rare, and Ultra Rare.
Total
7
Share