Anybody with a keen eye on the NFT industry had a remarkable reaction to the introduction of In-Game collectibles. NFTs have changed anything to everything from art to albums, tweets to tickets, gifs to games. You name it, and you can get an NFT for that. In the already booming NFT space, the video game industry has taken a charge, engulfing not only crypto enthusiasts but also game developers.

The reason behind the popular concept of In-Game collectibles is the emergence of NFT-based rewarding games. Integrating NFTs into games or developing NFT-based games, either way, game developers have stirred a wave of excitement among gamers.

Gaming has long been a source of entertainment, a way to escape, and a gateway to the thrill of discovering something new that one can keep on exploring. NFTs have advanced the gaming industry well beyond its basic purposes, making it a stream of revenue for game developers and players alike. For a deep dive into how NFTs have transformed into In-Game collectibles, you must know how game developers incorporate NFTs into games and why?

Gaming has evolved a lot in recent years, needless to say, technology has been an intensive part of game development. NFTs have introduced a new breakthrough called blockchain technology, which is the foundation of its functioning. Before we get into how NFTs are integrated into games and for what purposes, let’s understand what NFTs are in general and the role of blockchain in it.

NFTs are unique digital collectibles on the blockchain which can be collected with guaranteed ownership of the item purchased. Blockchain technology acts as a distributed ledger system that prevents NFT to be reproduced, modified, or deleted, making each collectible one-of-its-kind, thus the term non-fungible token.

As of now, we have established that NFTs are virtual collectibles with an exclusive ownership right. You might be thinking, one can right-click, save the NFT, and nobody would even know. Well, that’s right but it’s just like clicking pictures in a museum, and owning a photo of some physical art doesn’t make you an owner, same with these digital goods. That’s the reason why game developers have embraced the concept of NFT in-game collectibles.

NFTs have stepped up the game of otherwise mediocre collectibles and added utility to it. NFTs collectibles such as skins, weapons, avatars, and accessories are not merely used as fun items to make gameplay interesting. These collectibles now serve as virtual in-game items – that gamers can collect, sell and transfer to other collectors and players. NFT collectibles have become a source of revenue for game hobbyists the same way they did for game developers.

Utility of NFT as In-Game Collectibles

In-Game NFTs are a perfect blend of games and decentralized finance – a fusion of innovation and entertainment. While crypto enthusiasts perceive NFT as a revolutionary change in a conventional system, game developers proceed with it as a fun element to the gaming experience. In either case, both communities are simultaneously extracting revenue from NFTs.

The target audience for the NFT collectibles are gamers and people who enjoy collecting unique art. For example, recently Ubisoft, a game developing company, has launched In-Game NFTs termed as ‘Digits’. These in-game NFTs were open to buy and sell on the Tezos blockchain by players who don’t even play NFT-compatible games. Gamers and non-gamers both can collect in-game items, making the gaming business model more inclusive.

There are several perks when it comes to NFT-based games. Through certain play-to-earn gaming models, gamers can earn NFTs. They also can invest in NFTs which have the potential to increase in value over time. NFTs also enable gamer needs of ownership, fandom, collection, and investment. In simple words, players can monetize their time and effort, turning their progress in games into NFT rewards which they can trade later to generate revenue.

Play-to-earn games are based on the concept of providing users with enough valuable in-game items to keep them playing for as long as possible. In-app purchases are encouraged to enhance the gaming experience and help fund the development of these games. In turn, game developers are highly benefited from in-game NFT collectibles as well.

NFTs are also often used to represent in-game objects such as avatars, guns, swords, cars, skins, accessories, and many more. The perfect example of this is the Loot project, a unique meta-MMORPG.

Loot, just like the name suggests, offered adventure chest bags that included bizarre collectibles such as foot, hand, chest, weapons, ring, and other abstract items. Anyone who owns an adventure bag gets access to the items in it, which they can use to make stories, experiences, games, and more. The loot project exploded in popularity in no time, so did the concept of in-game objects.

To date, MMORPG producers have been in the forefront of implementing in-game collectibles to provide a unique gaming experience. In fact, digital collectibles in the gaming industry haven’t yet caught up with the broader market. It still has a long way to go before it becomes mainstream.

Meanwhile, many platforms have launched NFT games successfully mixing NFTs with their game themes. Thus, several games emerged amid the NFT frenzy as a headstart in revolutionizing the gaming experience while players taking part in a lucrative NFT market.

Examples of such games are:

There are certainly many factors related to in-game digital collectibles that pose a challenge to game developers and players. The player community is partly against this new approach of collecting gaming items as NFTs. The reason for their concern is the difficulties faced in accepting digital collectibles as an integral part of gameplay; mainly due to game developers’ dominance.

Firstly, the in-game items are traded among players and can be used in other games, provided game developers for the game are the same as the one you bought it from. Mostly, gamers switch between a wide range of games from different game developers and gaming companies. Hence, the in-game collectibles offered by the particular game can not be used or traded in some other game, this makes the purchase worthless.

Also, game developers have the authority to add, remove or make changes to the digital in-game items. Simply put, if a player purchases a weapon in a game, there is a possibility that the game developer can remove that item in the future or can put restrictions in trading the collectible, let alone using it in other games. This becomes partially centralized in a sense, hence defying the primary purpose of the decentralized approach of NFTs.

In-game collectibles were introduced to help players monetize their efforts put in for reaching higher levels in game. In contrast to that, many gamers believe the amount of effort required to cross difficult levels is not worth the reward offered. Many times, it becomes exhausting for players to keep up with the game just to earn in-game collectibles which may or may not generate revenue.

As a counteract argument, game developers object that opening up the game economy to player-to-player exchanges can destroy their business model. As the game designer is the sole regulator on which supply, demand, and exchanges depend. Hence, adding a decentralized model in the picture can loosen their grip on the existing centralized economy.

Gamers can already collect virtual items – NFT or not:

The other argument from the player community is that they can already collect in-game items whether it’s in NFT form or not. No doubt, they can purchase any virtual item with their debit or credit card, etc making normal transactions. Yet, it can not be denied that buying in-game items as NFTs can open several opportunities which do seem risky at first but can fetch considerable revenue in the future.

On the other hand, game designers propose that they might add certain features to existing games, as well as could build new types of games entirely based on decentralization. However, ambiguity looms over the gaming industry.

As discussed above, NFT in-game collectibles have opened a source of income for both game developers and players. Other than that, there are many instances where these collectibles have stepped up the traditional game experience to something extraordinary and fun.

When we talk about games, the completionists community can not be overlooked. Completionists are not casual players but the gamers who play like their life depends on it, and sometimes it does! Uhh, what? Let’s clear the air, Completionists are those who play to beat each and every level hence completing the entire game! Furthermore, the majority of them are professional gamers who are passionate about gaming and thus pursue it as their full-time career.

Now, the question is what’s the proof that they have won the game – in-game items as NFTs is the answer. Players can showcase it as a medal of accomplishment. That may not sound appealing to the general public, but for gamers, it’s quite a big deal, especially for those whose main source of income is streaming their gameplay.

Integrating NFTs in video games as ‘in-game collectibles’ will soon become mainstream. The reason is simple: in-game NFTs have monetized the time and efforts of players. Meanwhile, game developers enjoyed the hype in introducing new concepts in games with huge profits accompanied by fun NFT elements.

In-game NFT collectibles helped game developers to enhance the gaming experience through NFT rewards while gamers got immutable proof of beating certain levels in a game.

Well, it’s just one side of the coin as NFTs are not only limited to in-game collectibles, it goes further and beyond. NFT gaming adds a different dimension which is – Games entirely based on NFTs. E-sports has also incorporated NFT as tournament tickets engaging millions of fans worldwide. Gaming and the sports industry are irrevocably intertwined, between these two worlds, there is one link that connects all – NFTs!

NFTs: The future Of Art In The New World

NFTs basically are a unit of digital information (token) that is stored on a blockchain and is not inherently interchangeable with other digital assets. 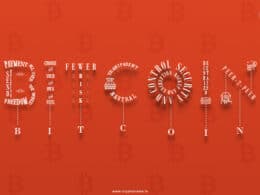 Why Bitcoin is so Valuable in Recent Times?

Bitcoin is extremely valuable as it is currently the most cryptographically secured mode of transaction so far. Recently,…

10 Most Influential Crypto Events of 2021

Cryptoverse went through many ups and downs in 2021. Numerous innovations, developments, and technology had come in place,… 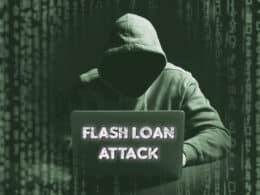