The leading Web3 gaming platform Gala Games announces that its Wild West-themed battle royale shooter GRIT would be the first NFT game to launch via the Epic Games Store.

According to the announcement, “With Epic Games Store’s more than 194 million users, Gala will bring web3 games to the masses, exposing millions of gamers to this new genre of entertainment and solidifying Gala’s place as the leader in the burgeoning Web3 games industry.”

Grit was created by Team Grit and not Gala Games though the two separate companies entered in a partnership in February.

Gala Games is holding a special sale of “The Gunslinger Box”, which will unlock one of 10,000 GRIT avatars, to celebrate Galaverse which began yesterday in Malta, and will continue till June 9th.

Each character has its own set of benefits and characteristics that the owner can use in the game. The attributes are generative, giving each character a distinct appearance.

Owners will be able to bring their favorite loadout of unique weapon skins into the game, giving them an advantage over competitors. The sale began yesterday for Galaverse attendees and continues throughout this week.

The Grit is a ride-or-die battle royale game set in the Wild West with realistic physics and interesting twists based on the Unreal Engine. To make a killing, players must mount up, ride, and fight their way through town, constructing the finest poker hand from discovered weapons.

The game will put your abilities and strategy to the test in spectacular showdowns and shootouts against other players. Players face off against a gang of gunslingers using over 400 different old-school firearms.

Grit will have solo, duet, and team play options when it launches later this year. At the Galaverse event, further details about the game will be unveiled.

Jon Mavor, Chief Technical Officer at Team GRIT, stated “We are excited to be working with Gala Games and by our presence on the Epic Games Store. Web3 will make players’ experiences in the Wild West even better.”

NFT Trades can be made within seconds with access to the global marketplace with credentialed collectors.

The new platform is developed to overcome the Western sanctions imposed on the country. 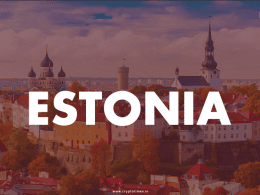 The FAQs by the government are provided as the new regulation has led to ‘false assumptions’ that crypto legislation is similar to crypto ban.
Total
1
Share