The project will consist of 5000 NFTs. There will be 5 different NFT cards with a quantity of 1000 available for each  Each card will vary in rarity, utilities and prizes.

Twitter, on the other hand, did not take kindly to this announcement, having been burned by him due to his previous NFT endeavors. Twitter users left extremely negative comments such as – “Nice scam Mr.Floyd ”

Twitter users reminded the American boxer of his previous NFT project failures wherein he has either failed to follow up or shown no further interest after an initial announcement.

One user said, “You already have an NFT project, it’s called @RealFloydNFT. You released it last year and then stopped working on it immediately after. Have you been punched in the head so much that you’re forgetting these things now?”

Floyd Mayweather was previously sued along with Kim Kadarshian for what is called a “cash grab”. He was accused of inflating and promoting Ethereum Max(EMAX) tokens, only to cash out as soon the prices rose.

Users didn’t waste any time reminding him of this mishap too, and warning other users from getting involved in his projects.

“For the non-nft people out there: This is another celebrity cash grab, be careful. Floyd has launched an nft project in the past which he then rug pulled (abandoned the project)”, tweeted one user.

Not letting the negative tweets get to him and to continue marketing his upcoming NFT collection, the former boxer tried to lure buyers with a $100,000 temptation, with a new tweet a few days later.

The boxer tweeted that he will give away $100,000 in cash. The participants simply had to follow a few simple steps. They had to follow Mayweverse’s Twitter, like and retweet, tag 5 friends and join the Mayweverse discord.

The tweet said that the winner would be announced within 72 hours, with the timer starting at 4:53 AM, March 24. Whether this is another scam or a genuine giveaway, the only way for the fans to find out is to wait 3 days.

Samsung on the Path of Revolutionizing the Gizmo World With NFTs

Samsung announces smart TVs with NFT trading support ahead of 2022. 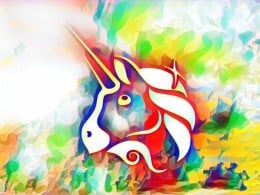 Seven types of illegal activity are categorized: stolen funds, funds from a transaction mixer, funds from a known scam & funds used for terrorist financing, among others.

As a deterrent to arbitrage scalpers, the Salvadoran government's Chivo wallet won't display frozen prices until the feature is removed.

The wallet is dumping at the pace of 1 million $DC tokens per minute.
Total
0
Share