Alternative asset managers and capital market participants now have safe access to the world of dapps, exchanges, NFT marketplaces, with the Web3 engine.

Users must connect to Web3 applications via a crypto wallet in order to interact with them. The mishandling of private keys poses a security risk, potentially jeopardizing investment funds.

The engine comprises Web3 custody technology for powering the creation and direct custody of end-user wallets, and connectivity across 35+ blockchain networks like OpenSea, Rarible, and secure access to top dApps directly from the Fireblocks console.

It also comes with a tokenization engine that can handle the entire lifecycle of whitelisting, minting, burning, and token transfers, including NFT and gaming assets from major blockchains with EVM and non-EVM compatibilities.

The Web3 engine contains Rest APIs and SDKs that provide easy access to all of Fireblocks’ capabilities through a code library with extensive documentation.

These features do not end here as it also includes treasury management for secure storage, transfer, and yield prospects.

To effectively manage risk, the engine comes with advanced policy control over Web3 access and transactions which can be used to set quantity restrictions for transfers for any smart contracts.

Michael Shaulov, CEO of Fireblocks, stated “As we already provide a secure platform and a suite of development tools for businesses to build digital assets and crypto businesses, unlocking access to Web3 was an important next step. Now, with a fully tailored experience for connecting to Web3, we aim to accelerate the launch of a new wave of super apps.”

Web3 has sparked a lot of interest in the industry, and several large corporations have made considerable efforts to tap into its possibilities. Two weeks back, Google’s cloud division formed a Web3 Product & Engineering Team that aims to develop the firm’s presence in the Web3 world.

The collection will also have three "ultra platinum" NFTs, which will come with an in-person meeting with the scammer. 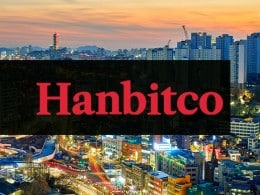 T Scientific will expand its blockchain business activities in the NFT space and a suite of financial services even as the management rights remain with the Hanbitco.

The launch will take place with 6,500 Mystery Boxes and 50 out of this box will be reserved for community airdrops.