Famous Celebrities Who Have Joined The NFT Space

Non-fungible tokens have been the talk of the town for the past year (NFT). The virtual world of art, music, and sports have all been taken over by non-fungible tokens (or NFTs). NFTs are one-of-a-kind digital assets that use the same blockchain technology that underpins cryptocurrencies such as Bitcoin and Ethereum—think of them as certificates of ownership for virtual or real assets.

A new market in the digital arena has become the hottest topic of conversation since Christie’s auctioned off a computer collage of photographs, “Everyday’s—The First 5,000 Days,” on March 11 for $69.3 million, lifting creator Mike Winklemann who goes by the name Beeple.

Not just common people are involved with crypto, but even celebrities are supporting NFT projects and bringing them in front of the mainstream media. Among crypto millionaires, tech tycoons, and even celebrities, the new trend has exploded in popularity. We’ve rounded together a few of the major personalities riding the NFT wave.

Snoop Dogg released his debut NFT collection, “A Journey with the Dogg,” in late March 2021, which is a compilation of the rapper’s early recollections merged with the medium of NFTs. The enduringly successful rapper revealed that his work provides a look into the life of a “young Snoop,” with eight pieces available in limited quantities, including the original tune “NFT,” “Snoop Doge Coins,” “Diamond Joint,” and “Deez Nuts.”

Internationally famous innovator and entrepreneur also expressed his enthusiasm for the notion, stating that he believes the technology would revolutionize the way artists conduct business. Snoop Dogg earned nearly $100,000 for only one of the items sold during the drop, which lasted only 48 hours.

With her first sale in late April, Ellen DeGeneres joined the NFT gold rush. As her first NFT, DeGeneres decided to auction her Ellen Show explanation of NFTs, as well as a physically drawn picture of a cat that was displayed in the clip.

The talk show host earned $33,495 from the 24-hour event, which she contributed to the World Central Kitchen, a food-aid charity created by Chef José Andrés.

‘Dream Catcher,’ a psychedelic collection made up of 11 unique works of art mixed with boundary-breaking soundscapes and cutting-edge computer animations, is a joint endeavor between Steve Aoki and world-famous 3D illustrator Antoni Tudisco.

After the success of its Mesut Özil line, which grossed over $500,000. Musician Shawn Mendes joined the marketplace OpenSea with a collaboration with Genies to sell innovative wearables. On OpenSea, items ranging from a virtual guitar to necklaces, vests, and earrings were available for purchase, earning Mendes almost $600,000.

Mendes donated the revenues of the sale to the Shawn Mendes Foundation Wonder Grants, which support young activists with bold ideas.

Eminem released his first NFT collection, “Shady Con,” in late April, which was a digital festival that provided fans the option to own an NFT collectible through Nifty Gateway. The unique recordings were released ahead of the limited-edition festival and included original instrumental beats created by the rapper.

Eminem stated his love for collectibles when he was younger didn’t have a market, and he’s pleased to rebuild some of those collections with NFTs.

When Twitter and Square CEO Jack Dorsey auctioned his first tweet as an NFT in March, he demonstrated that social media can be sold as an NFT. His 15-year-old tweet from March 2006, which simply stated “just setting up my twitter,” ended up fetching him $2.9 million when the Valuables platform bidding finished.

All proceeds, according to Dorsey, were converted to bitcoin and sent to GiveDirectly, a nonprofit that aids the poor, benefitting its COVID-19 response in Africa.

Paris Hilton, a fan of bitcoin and Ethereum, secretly launched her first NFT in August 2020, auctioning a drawing of her pet on the NFT site Cryptograph and donating the earnings to charity. Since then, the socialite has released official NFTs with artist Blake Kathryn, which have sold for nearly US$1.1 million.

Elon Musk, the CEO of Tesla and SpaceX, created an electronic music track about the NFT mania and sold it as an NFT. The top bid for the looping video that accompanied the music was US$1.1 million, but Musk changed his mind and opted not to sell it.

Kate Moss, the supermodel, joined the craze with something utterly unique: a video of herself sleeping. “Sleep with Kate,” a documentary that takes an intimate look at the model, demonstrates how crypto art and digital ownership can empower women, as Paris Hilton stated.

Moss made $17,000 from the NFT and gave the money to Gurls Talk, a charitable organisation.

Amitabh Bachchan has been the first Bollywood actor to establish his own NFTs with BeyondLife.club. BeyondLife.club, a Rhiti Entertainment company, has partnered with GuardianLink.io to offer a platform for global artists, celebrities, and sports to launch their first-ever NFTs.

The NFT souvenirs will include unique and limited-edition artworks based on Bachchan’s iconic character and films.

The transformation of our world into a metaverse, where the internet will become a virtual world, is the NFTs wave with celebrities. Albums, artworks, songs, photographs, and even real estate have all been tokenized and sold as NFTs.

Celebrities’ NFT auctions and sales are a mechanism for them to connect with their fans digitally through the selling of tokenized assets, effectively turning the globe into a metaverse.

The NFT industry is still in its budding stage, with many advancements to come. It’s a secure method of Blockchain storage that can’t be tampered with. The technology will be extensively embraced in the near future since celebrities have already taken the lead.

Circle USDC: Show Your Transparent Nature to the World 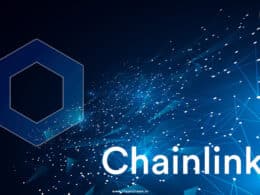 Chainlink Protocol: An Overview on The Crypto Oracle

Chainlink protocol is a decentralized network of multiple oracle. It allows smartcontracts across different blockchains to access off-chain…

There’s a lot of hype in the NFT projects right now. Surprisingly, Old NFT Projects are back in trend.… 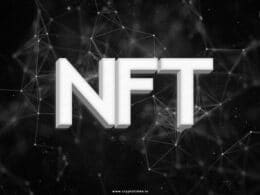 The possibilities of blockchain technology’s application beyond money are exciting Silicon Valley these days. NFTs are a unique…
Total
8
Share