The first sports league that entered into the blockchain space in its infancy was Formula 1. It had joined hands with Animoca Brands to launch the Ethereum NFT game ‘F1 Delta Time’. Unfortunately, the game will no longer be on the network after today.

F1 Delta Time officially announced in a blog post that the game is ceasing its operation due to not being able to renew the license with Formula 1 league. Along with this, the company also revealed its plan to reward its supporters before saying final goodbye on 16 March 2022.

The game has seen many milestones from the start as it launched in the early period of NFT. In 2019, F1 Delta Time’s “1-1-1” NFT became the most expensive NFT and virtual car of that year after selling for 415.9 WETH.

The game used a play-to-earn concept that allowed players to win REVV tokens from participating in different modes such as Time Trial and Grand Prix.

The existing player of the game now shifts over the “REVV Motorsport ecosystem” to use their utility from F1 Delta Time such as Revv, SHRD tokens.

As per the game’s future plan about F1 Delta Time Asset,

The Formula 1 league has recently made much collaboration with crypto and NFT firms.  Last month, Crypto.com partnered yet again with Formula 1 to become the official title partner of the new Formula 1 Crypto.com Miami Grand Prix.

There are 50 tokens in the collection, each with a number between 1 and 50 representing a specific piece of art. 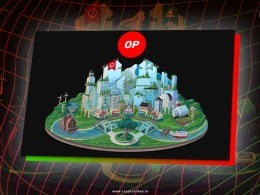 The Optimism Collective will have a house system with a Token House and a Citizens' House dividing governance powers.

The new mechanism allows users to stake their tokens on the Polygon network and dodge gas fees with the help of Biconomy.
Total
0
Share