100 Thieves, often described as the “hoodie org”, an esports organisation and lifestyle brand, entered the NFT space by giving away over 300,000 free Polygon NFTs in just 24 hours. Each NFT in the 100 Thieves series depicts a 360-degree animated diamond chain. The digital item is available until February 5th, 2022.

The fact that purchasing a virtual chain has the “same carbon impact as sending two emails,” according to 100 Thieves, is the only indicator that this chain is an NFT. 100 Thieves launched its “LCS Championship Chain” without mentioning the words “NFT,” “blockchain,” “Polygon,” or anything else crypto-related.

“We are going to be gifting, completely for free, a digital collectable that is a one-for-one replica of that same diamond, platinum, and sapphire encrusted chain that we gave to the players,” Nadeshot stated on a quick video uploaded to the org’s Twitter account.

The NFT collection was made in collaboration with Polygon, a blockchain-focused company, that recently appointed YouTube’s Global Head of Gaming Ryan “Fwiz” Wyatt as its CEO.

The NFT is designed to seem like a real diamond chain. The real necklaces were given out by Nadeshot, co-founder and CEO of 100 Thieves, to his “League of Legends” team for winning the 2021 LCS Championship. Legends Championship Series (LCS), is one of the biggest championship series events in competitive gaming.

Fans began to grumble about the use of the blockchain after 100 Thieves released their entirely free-to-mint Polygon-based NFTs. While many “hoodie org” supporters have expressed displeasure with the product, others have endorsed the utilisation of cutting-edge technology to provide fans with a piece of memorabilia to display their support for the League of Legends team.

Jack ‘Courage’ Dunlop, co-owner of 100 Thieves, also responded to a fan celebrating his new product. He added: “I didn’t even know we were doing this, but I’m confused why some people are hating it?

However, it’s evident why Nadeshot and 100 Thieves aren’t utilising the word “NFT”: NFTs have gotten a lot of flak in the gaming community. In-game NFTs were announced for games like S.T.A.L.K.E.R. 2 and Worms, but those plans were quickly dropped after vociferous protest from fans on social media. 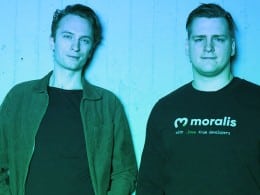 Coinbase Ventures, EQT Ventures, Fabric Ventures, and Dispersion Capital were the investors in Moralis’ funding round.

DBS digital bond issued via its Digital exchange with six months of tenor and coupon rate 0.06% per annum. 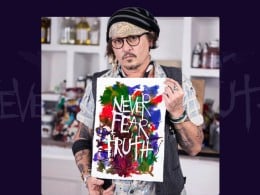 These NFTs are part of the total 11,111 “Never Fear Truth” NFTs that were initially revealed in January. 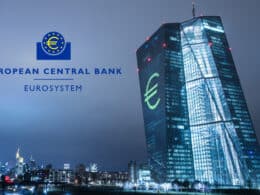