Tesla actually purchased $1.5 billion worth Bitcoin in January 2021 and cashed out about 10% of that investment in the first quarter.

Currently according to Bitcoin Treasuries, the value of Tesla’s bitcoin holdings on the company’s balance sheet is only $908.906 million.

Tesla’s only silver lining is that its Bitcoin holdings account for only 10% of its cash position and 0.1% of its total market capitalization but still this loss costs a lot of money.

Elon Musk has also invested in Bitcoin and has previously used the “diamond hands” meme to indicate that he intends to hodl the bitcoin investment.

In the last few weeks, the value of both major and minor cryptocurrencies has plunged, with the overall market losing billions of dollars.

Well all the big corporations who were fighting to be the top holder of bitcoin are definitely going through a massive crisis. Michael Saylor’s MicroStrategy suffered a roughly $1 billion loss on its Bitcoin holdings as the coin dropped below $22,000.

Also Read: Bitcoin Crash Leads to Over $800M in Liquidations

Coinbase has “No Financing Exposure” to 3AC, Celsius, Voyager

Coinbase leverages on its ‘prudent’ risk management policy and an incessant client focus to responsibly thrive its financing business.

A Caribbean Island Allows Residents To Do Transactions Using Bitcoin 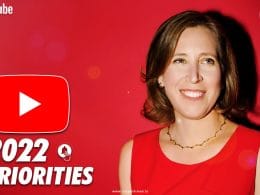 Youtube is considering the possibility of ‘expanding’ its offering to include NFTs, seeing the potential in evolving Web3.

The group sent letters to 17 celebs who have promoted NFTs on social media.
Total
1
Share