On Black Friday, Nayib Bukele took advantage of the Black Friday sale and bought the bitcoin dip. Nayib tweeted that “100 extra coins acquired with a discount”.

Following reports of a new Covid-19 variant, the cryptocurrency market lost billions of dollars on Friday. Bitcoin dropped from $59,165 on Thursday afternoon to $53,798 on Friday afternoon.

When the dollar price of Bitcoin dropped last month, the president made a considerably greater purchase of 420 Bitcoins.

El Salvador holds around 1,220 Bitcoin tokens worth around $66.3 million right now, thanks to the latest inclusion of the 100 coins.

Nayib Bukele has proposed several crypto-related initiatives in the country, including those related to adoption and mining.

In September, El Salvador made bitcoin legal tender alongside the US dollar. The price of BTC was around $46,000 at that moment.

Bukele declared El Salvador’s ambitions to establish a “Bitcoin City” with a $1 billion “volcano bond” a few days ago.

Half of the funds will be used to purchase Bitcoin, with the other half going toward Bitcoin mining infrastructure that will take advantage of the country’s volcanic energy. 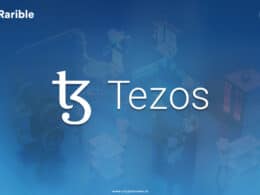 Iran banned mining of cryptocurrencies for four months and blames it for recent blackouts.

Jamestown to Accept Rent Payments in Crypto via BitPay

The company is also working on a program that allows employees to be paid partially in cryptocurrencies.
Total
0
Share