dYdX v4 Shifts to Cosmos Ecosystem Instead of Ethereum

The leading decentralized exchange dYdX is launching dYdX v4, which will be built on its own blockchain in the Cosmos SDK ecosystem, and Tendermint proof-of-stake consensus rather than Ethereum.

According to the blog post, “the chain will feature a fully decentralized, off-chain, order book, and matching engine.”

The dYdX v4 intends to fully decentralize the protocol, which means ensuring the “decentralization of [the project’s] least decentralized component.”

dYdX v4 will provide a full blend of decentralization, scalability, and customizability with the help of Cosmos.

The platform added that its native token, DYDX happens to be the best fit for use as the L1 token of dYdX V4.

With the intention of scaling to higher magnitudes, the current dYdX protocol handles around 10 trades and 1,000 order placements and cancellations per second.

By the end of the year, dYdX claims that neither Layer 1 nor Layer 2 Ethereum solutions would be able to achieve its throughput speed needs and 100% decentralization requirement.

The dYdX team selected the Cosmos SDK over other Layer 1 and Layer 2 chains due to the blockchain-building framework’s ability to let protocols choose the standards of their own chain and hence produce the necessary tools.

The protocol itself will run on open, permissionless networks without any services being run by dYdX’s parent company, and all dYdX code will be open-source.

The core node software, which manages consensus, off-chain order book matching, deposits, transfers, withdrawals, and price oracles, will be used by all validators and node operators.

As a result, the matching engine and order book will both be off-chain and completely decentralized.

Additionally, it won’t charge trade gas fees and will instead have a trading fee structure based on a percentage, just like centralized exchanges do. The fees will be given to validators and stakers as rewards through the dYdX token.

Antonio Juliano, Founder & CEO of dYdX, tweeted “This may seem like a risky and surprising decision, but I’m confident it’s the best way to achieve our goal of long term becoming one of the biggest exchanges in crypto.”

The price of the dYdX token has increased by more than 7% since the announcement. At the time of writing, the token is trading for an average price of $1.46.

Subscribe to The Crypto Times for more DeFi Updates!! 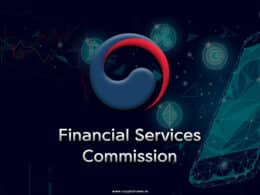 Crypto Exchanges in Korea to Shut Down amid FSC Inspection

11 mid-sized crypto exchanges in Korea will shut down as the Financial Services Commission (FSC) established that they run their operations without the needed authorization.

These political NFTs have the potential to reshape the future of fundraising campaigns.

Iran banned mining of cryptocurrencies for four months and blames it for recent blackouts.

Socios.com Partner with Sports Manager Behind the New England Patriots

The Patriots will use Socios’ mobile app to reward fans with prizes for correctly answering match up-related questions..
Total
0
Share