Do Kwon adds Amendments in Proposal for Terra Revival

The co-founder of Terraform Labs, Do Kwon has included some amendments to its on-chain proposal to revive Terra blockchain amid the ongoing voting process. The proposal demands to implement a fork into the current chain.

After the collapse of the UST and Terra, Do Kwon came forward with a plan to fork the current chain to revive it again. The voting for this proposal was commended on May 18.

As per the proposal, Do Kwon added a few distribution parameters “to accommodate community feedback.”

A new amendment in the proposal reduces the allocation of new LUNA 2.0 tokens to UST holders, who staked their tokens in the Anchor protocol when the de-pegging issue arose. According to new changes, the distribution of tokens was cut down from 20% to 15%.

Another amendment shows the modification of the vesting schedule for two stakeholder categories that were supposed to receive a share of the new tokens. He increased the initial token unlock of LUNA 2.0 from 15% to 30% and the remaining 70% will be locked for a two-year vesting period.

A Terra analyst named FatMan demanded a fresh start in voting for new amendments. “How can you make significant amendments to a proposal *mid-vote* when most people have already voted (for the original document)?” FatMan said. He added that “significant changes should be posted as a brand new proposal.”

China’s Anhui province is reportedly banning mining due to power shortage in the country. 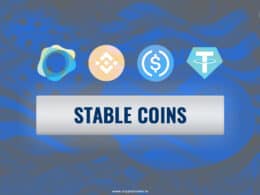 Stablecoins do not pose a systematic risk to the U.S financial system and should not face a new set of rules.

Throughout the country, fake billboards and hoardings have been installed by scammers to steal crypto investors’ money.

The crypto trading platform will lock the existing flexUSD balances on the platform.
Total
0
Share